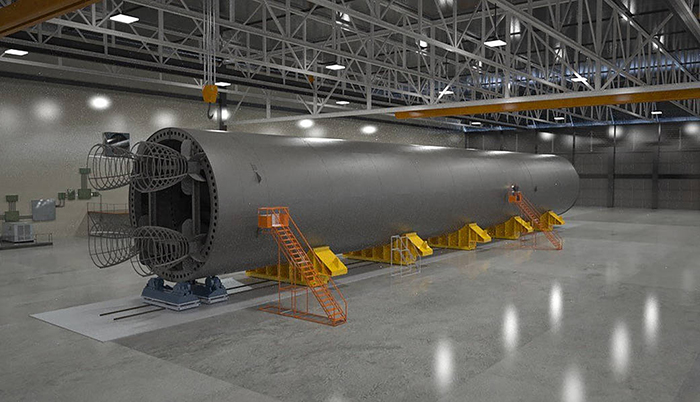 Heavy-lift specialist Barnhart Crane & Rigging has been chosen by the US National Aeronautics and Space Administration to transport a mockup of the core stage of NASA’s space launch system, the agency’s rocket for deep space missions.

Memphis-based Barnhart will deliver the components by barge from the final assembly point at the G&G Steel plant in Cordova, Alabama, to NASA’s Michoud Assembly Facility at New Orleans. The mockup will weigh 104 metric tons [114 tons] and measure 64 meters [210 feet] long.

An overhead crane will be used at G&G to load the core stage onto a 61-meter Barnhart deck barge and 76-meter canal deck barge. At Michoud the mock-up will offloaded onto Goldhofer transporters.

The cargo is scheduled for load-out and transport in March to the Kennedy Space Center at Cape Canaveral, Florida. The inaugural flight of the space launch system is expected in late 2018.