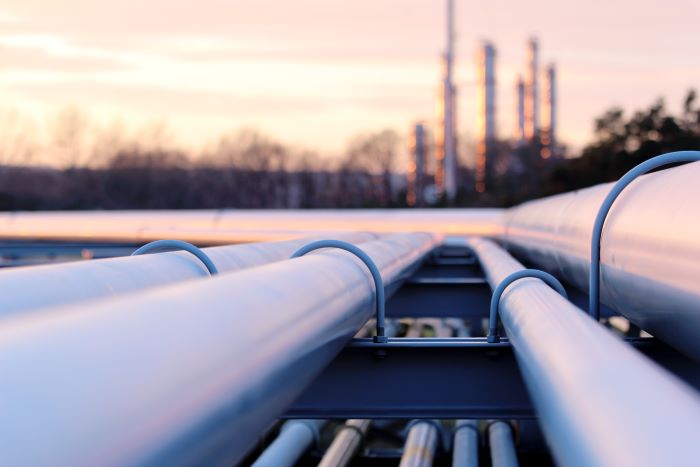 Sliding oil prices and the spread of COVID-19 could add up to a double whammy for service providers that specialize in energy-project related cargo. Photo credit: Shutterstock.com.

The double whammy of coronavirus disease 2019 (COVID-19) and cratering oil prices are giving global project cargo forwarders two things to fight at once, according to industry sources. “Normally, we only see one disaster at a time,” Chris Kent, global projects director with Pentagon Freight, told JOC.com.

Efforts to control the spread of COVID-19 are distorting cargo flows on sea and land, grounding airlines, and decimating consumer demand, but project cargo forwarders are finding workarounds and alternatives for moving cargo and maintaining schedules. For the moment, “it's business as usual, but it's getting harder to find solutions,” Kent said. “Prices and transit times are creeping up, and that will have a knock-on effect.”

Just as global oil demand began shrinking thanks to COVID-19, a price war between Saudi Arabia and Russia is flooding the globe with an oversupply of oil. Global crude oil benchmark Dated Brent was hovering below $30 per barrel this week, less than half of January levels, according to IHS Markit, parent company of JOC.com.

The price war is jeopardizing many projects that were expected to reach a final investment decision, or FID, this year, and slowing progress on existing projects. The project logistics transport sector is coping with the current reality and bracing for potentially brutal knock-on effects from cutbacks in capital expenditures.

“If you take a longer view for the [project cargo] pipeline, oil and gas projects committed to finance now will probably still proceed, as it's very hard to do a U-turn,” Kent said. “But with the present oil price, some projects which would have gone to FID will likely be deferred.”

In the oil field service business alone, cargo volumes are likely to be cut in half if oil prices stay low, Grant Wattman, CEO and president of Agility Project Logistics, told JOC.com. “Then you have to manage your resources. How do we retain our team? Do they burn up vacation time? Do we redeploy them to other functions? [Already], volumes have dwindled, and [oil service businesses] have announced layoffs.”

“Liquidity in the market is starting to shrink and the [falling] oil price changes the business model,” Wattman said. “Available capital will be more expensive.” Completely stopping a project is more difficult than delaying, but if owners have that option, they might take it, he said.

The delayed effects from the price crash will manifest in the project logistics supply chain in 18 to 24 months, Nandurdikar said, assuming the market remains weak and oil prices stay low. “Once project owners are in a weaker cash position, they could slow down or re-rationalize their investment plans,” he said.

Cargo for already-sanctioned projects will continue to flow in the near term, but there will be less replenishing of the project cargo “pipeline” because many projects that would have been built in late 2021 and 2022 will have been cut or postponed.

Owners have already announced delays on several major projects now under construction, according to IHS Markit. As of March 27, these include Canada's Bay du Nord and West White Rose, the Shaikan and Gharraf fields in Iraq, gas fields in Vietnam, and projects in Gabon and Ghana, IHS Markit reported. Shell has suspended work on a multi-billion-dollar petrochemical project in Pennsylvania and on LNG Canada, at least for the time being, according to Chemical Week, a publication of IHS Markit.

At the start of the year, energy consultancy Rystad had forecast $190 billion in newly sanctioned upstream energy projects in 2020, down from $192 billion in 2019. That has all changed. If oil prices stay at about $30/barrel, project sanctioning for 2020 could shrink by $131 billion, to approximately $61 billion, according to Rystad. If oil prices stabilize at $40 per barrel, sanctioned upstream projects could reach about $82 billion, Rystad estimates.

"We thought this year would be not great but better, that it would have a rhythm, (and then) barely into 2020 we are smacked with COVID-19," Wattman said. "It's a temporary problem, but (the downturn in) oil and gas will leave a mark. We've got COVID-19, and underneath it slides the oil and gas."