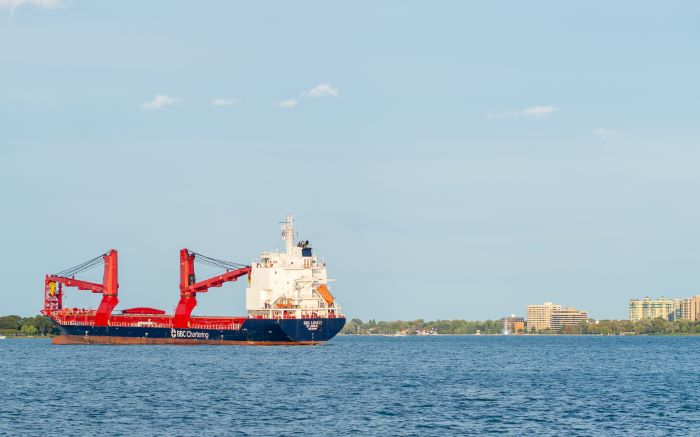 The new US presidential administration is signaling it will strengthen renewables demand, with its focus on green energy, boosting optimism in the multipurpose/heavy-lift (MPV/HL) sector for things such as wind cargo, York Niclas Prehm, head of research with Hamburg-based shipbroker Toepfer Transport, told JOC.com.

Wind turbines bound for global off- and onshore developments have been a mainstay cargo for the MPV/HL sector for several years, and particularly during the pandemic.

“The demand side is still developing well, and there is also some hope that the new US government will strengthen the renewables sector,” Prehm told JOC.com.

Biden signed an executive order on Jan. 20, the day of his inauguration, putting the US back into the Paris climate agreement. He has also appointed John Kerry to be US climate envoy, a newly created cabinet-level position. Kerry was secretary of state under former president Barack Obama and signed the Paris Agreement for the US in 2015. In a December interview with NPR, Kerry noted that there are strong social and regulatory incentives driving global businesses of all types toward decarbonization and renewable energy.

Also providing support for rates is increasing container port congestion and delays that are causing time-sensitive cargoes to be shifted from container ships to MPV/HL ships, either as conventional (i.e. breakbulk) shipments or in containers, Prehm said. Multipurpose terminals are not congested, so using breakbulk tonnage can speed up port handling in the present circumstances, he said.

Toepfer Transport's multipurpose index (TMI) is forecast to reach $7,146 per day in February, up 2 percent from January's $7,005, although down 5.4 percent from the same month a year ago. The TMI continues to climb out of a lengthy slump in the MPV/HL sector. The breakbulk carrier segment had just begun to look optimistic when COVID-19 lockdowns sent the market skidding in 2020. The TMI hit a low of $6,381 in June.

The TMI, based on forecasts from MPV/HL owners, operators, and brokers, is an average of expected time-charter rates per day for six- to 12-month charters for 12,500 dwt F-type MPV/HL ships with 240 to 360 metric tons combined lift capacity, the most liquid “workhorse” slice of the MPV/HL fleet in Toepfer's view. The TMI is a window into one segment of charter rates for the privately held MPV/HL shipping sector.

Bulk carriers, which compete with the MPP sector when the market is weak, continue to see increasing rates, according to the website of Hong Kong-based bulk carrier Pacific Basin. The Baltic Exchange Handysize Index (BHSI), a measure of spot freight earnings for 38,000-dwt dry bulk vessels, was at 706 on Feb. 1, continuing its recovery from a May low of 228. As of Feb. 2, the net time charter average daily rate for 38,000 dwt bulkers was $12,070, and $10,202 for 28,000 dwt bulkers, according to Pacific Basin. These ships, which typically are not geared or have cranes that lift 100 mt or less, compete for bulk and some breakbulk cargoes with the MPV/HL sector.