Drewry: Breakbulk rates to rise by end of 2017

Drewry: Breakbulk rates to rise by end of 2017 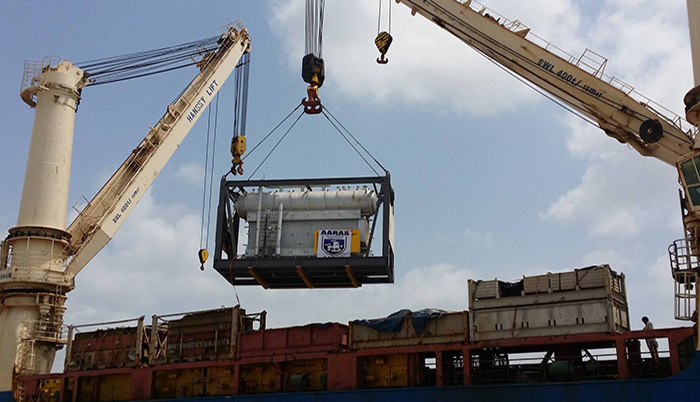 “By the second half of 2017, the tide may start to turn,” said Susan Oatway, Drewry’s lead analyst for multipurpose shipping. “I’m cautiously optimistic, and a lot more positive than I was at the start of 2016.

“Slow growth in supply, alongside better growth in demand, is expected to help multipurpose charter rates in 2017 and beyond,” Oatway said. “As always, a lot will depend on what happens in the container and dry bulk sectors.”

In its latest Multipurpose Shipping Market Review and Forecaster report, Drewry said dry cargo demand is weak but strengthening while scrapping rates are rising and new vessel orders have slowed. The result, the report said, should be minimal growth in multipurpose vessel capacity by 2020.

For operators of multipurpose vessels, this forecast of closer supply-demand balance represents a rare flash of good news in a long-depressed market. Rates have been depressed by oversupply of vessels, not only in the breakbulk sector, but among container lines and dry bulk operators.

Low rates in their core markets have driven container lines and operators of handy-size bulk carriers with capacities of 15,000 to 35,000 deadweight tons to compete aggressively for breakbulk cargoes.

Multipurpose carriers’ cargo has been nibbled from both sides. Container lines have picked off heavy and oversized cargoes such as oil and gas project shipments. Bulk carriers have targeted basic breakbulk commodities such as steel and aluminum that otherwise would have moved in multipurpose vessels.

Higher container and bulk rates would encourage container ship and bulk carrier operators to focus on their primary markets instead of contributing to overcapacity among breakbulk carriers, Oatway said.

She noted recent improvement in the dry bulk market. The Baltic Dry Index has hovered at above 1,000 in recent weeks after plunging from 2,330 in December 2013 to a record low of 298 last February. Drewry also believes container rates have bottomed out following Hanjin Shipping’s bankruptcy and a flurry of mergers and acquisitions.

“This can only help the multipurpose market,” Oatway said. “When dry bulk rates improve, handy bulk carriers that have been carrying steel, timber and scrap instead of dry bulk will move back into their natural markets. When container carriers can get good rates on containers, they don’t have to fill up their slots with project cargo, which is harder to manage.”

Roll-on, roll-on vehicle carriers also have made a big play for breakbulk cargoes but appear to be in the market to stay. Dirk Visser, analyst at Dutch consultancy Dynamar, notes that several ro-ro operators have designed ships with larger doors and higher and heavier decks in a bid to carry oversized project cargoes.

Demand for multipurpose vessels remains tepid. Project cargo growth has been slowed by lackluster prices for oil and other commodities. Steel trade is being buffeted by anti-dumping penalties levied by the United States and European Union against China and other producers.

Oatway said, however, that breakbulk demand is likely to start recovering as growth picks up in developing economies in Asia and elsewhere. Drewry forecasts that overall dry bulk demand will rise 1.4 percent annually through 2018, at about the same pace as dry bulk vessel capacity.

Even slow growth in demand could be enough to balance supply. Vessel capacity has been restrained by weak market conditions, especially for basic multipurpose vessels that lack heavy-lift cranes or other specialized features. Drewry forecasts that overall multipurpose fleet capacity will rise only 0.2 percent a year through 2000.

The growth will not be evenly distributed. Basic general cargo vessel capacity will contract by about 2 percent through 2020 while capacity for project carriers, defined as vessels with more than 100-ton lifting capacity, will rise by almost 3 percent, Drewry forecasts.

Supply-demand balance will get at least a small boost from the International Maritime Organization’s new ballast-water treatment regulations that take effect next September. Retrofitting of ballast systems to meet these new requirements will cost an estimated $250,000 to $300,000 for a 15,000-deadweight-ton multipurpose vessel, and even more for most bulk carriers, Oatway said.

Many owners of older ships will decide it’s not worth the investment, Oatway said. “$1 million is a lot of money, and not many are going to want to pay it for a vessel that’s 20 years old,” she said. Removal of older vessels from service would help bolster multipurpose carriers’ rates.

At last count there were some 338 multipurpose vessels aged 30 years or more. Most have capacities of less than 5,000 TEUs. If all of these were sent to the breakers, the annual scrapping rate could double to about 1 million deadweight tons a year by 2019, Oatway said.

The new IMO rule’s effect on capacity will be gradual. Vessel owners won’t be required to retrofit until their ships undergo drydocking for periodic special surveys. Vessels that have recently undergone special surveys can continue to operate until their next one is due.

“All in all, the outlook for carriers is brighter than it has been in a while,” Oatway said. “On the face of it, the supply-demand balance is leveling out, demand is growing faster than supply, and the market is improving.”

Although Drewry is sounding a note of cautious optimism about multipurpose vessel owners’ prospects for higher rates, Oatway cautioned that the market is expected to remain soft during the next few months.

She cited the annual slowdown for the Chinese New Year, the delayed deliveries this year of ships ordered several years ago, and continuing competition from bulk and container lines. “Until rate increases are sustained in the bulk carrier and container ship sectors, there will be little reprieve in their drive to obtain further market share,” she said.

Not all industry analysts are convinced that a turnaround is in sight. Dynamar’s Visser sees little indication of a recovery in multipurpose rates during 2017.

He said breakbulk carriers could benefit if the United States follows through on president-elect Donald Trump’s talk of infrastructure expansion, if oil prices rise enough to revive project construction, if specialized cargoes such as wind energy components are robust, and if the bulk and container sectors recover.

That’s a lot of “ifs,” however, and Visser isn’t counting on all of them happening. “I’m fairly pessimistic about this market, which is odd because I’m an optimistic person by nature,” he said. “But sometimes you just have to admit that it’s not as rosy as you wish it would be.”