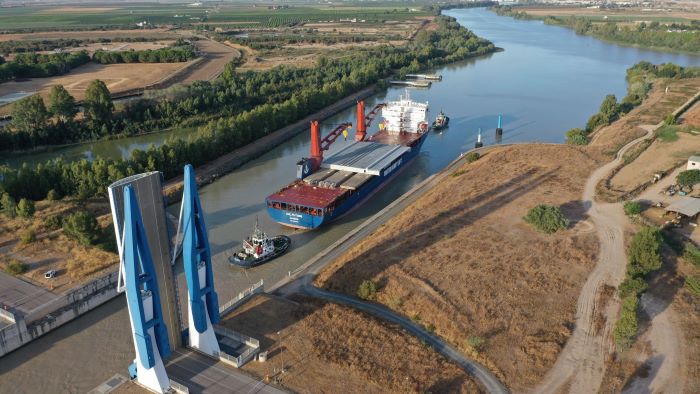 The UHL Future, a 14,000 DWT "Eco-lifter," transporting a bridge component on the Guadalquivir River in Spain. Photo credit: UHL. 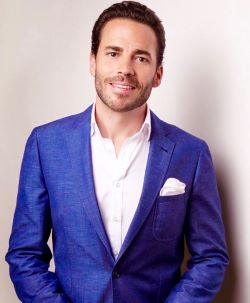 Stehle abruptly left Bremen-based Zeamarine in December 2019, after less than a year with the carrier.

Several other ex-Zeamarine/Intermarine executives have also joined UHL's staff, including Lars Bonnesen and Christian Monsted, managing director and general chartering manager, respectively, with UHL. The managing partners for UHL's United O7 Malaysia office, operated in a partnership with carrier Ocean 7, are Rune Larsen, Christian Andersen, and Arne Schieb, all formerly of Zeamarine/Intermarine's Kuala Lumpur office. The presence of these former colleagues “played a huge part in my decision” to join UHL, Stehle said.

“I know the UHL fleet inside and out,” he said, and indeed UHL has bought or chartered in several ex-Zeamarine ships, including nine modern 14,000 DWT F-series “Eco-lifters” with combined lift capacities of 900 MT. These ships need large volumes and are suited for contract cargoes rather than parceling, Stehle said. As CCO, his goal will be making that happen.

“The big contracts that came to Zeamarine – I had a hand in those, and I can give this [capability] to UHL,” he said. As CCO, he said he will also concentrate on expanding UHL's fleet, office network, and client base.

At the start of 2019, Zeamarine was operating a multipurpose/heavy-lift (MPV/HL) fleet of about 80 ships, one of the largest in the sector, after buying several maritime companies, including the carriers Rickmers-Linie and Intermarine. Within days of Stehle's December departure, Sven Lundehn, head of a Bremen-based crisis management consultancy, was brought in by majority owner Kurt Zech to take over running the carrier. Zeamarine declared bankruptcy in February 2020.

The Intermarine brand was resurrected early in 2020, and the revived carrier, now based in New Orleans and Houston, spun off after the Zeamarine bankruptcy. United Heavy Lift recently announced the appointment of Intermarine as its exclusive commercial agent in North America.

UHL is a part of the United Shipping Group, which also includes United Wind Logistics and United Engineering Solutions. The company was established by Lars Rolner, former managing director of SAL Heavy Lift, in 2015. He is now managing director of the group. UHL and its partner companies are positioning themselves to take advantage of the growing offshore wind sector, Andreas Rolner, MD of UHL, told JOC.com in a recent interview.

Global Shipping Outlook: A Sneak Peek at 2021
Port Performance North America: Managing Cargo Flow During a Pandemic — and Beyond
END_OF_DOCUMENT_TOKEN_TO_BE_REPLACED