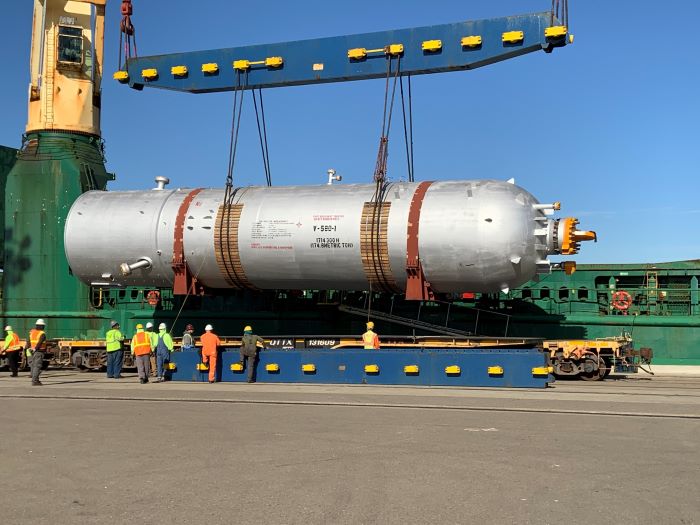 Renewable energy investment drove a huge increase in project cargo at the Port of Stockton in Northern California last year, with volumes jumping to 17,000 tons from 2,700 tons in 2019. The port handled just 1,800 tons of project cargo in 2018.

“Almost everything in the project sector was related to renewable energy such as [wind] towers and blades and cooling units for a geothermal project,” Pete Grossgart, the port's marketing manager, told JOC.com.

California has pledged to be 100 percent renewable and green by 2045, and the leap in project cargo at Stockton is concrete evidence that this green pledge is becoming a reality. “We’re overjoyed to have these kinds of power shipments,” Grossgart said.

Breakbulk carriers calling Stockton with project cargoes include BBC, AAL, Thorco Projects, G2 Ocean, and Oldendorff Carriers. Stockton is an inland port, situated in the San Joaquin River Delta about 80 miles east of San Francisco. The ship channel draft is 35 to 40 feet depending on tides, according to the port's website.

The port is building a “flyover” above a railway grade crossing to reduce traffic congestion, Grossgart said. It is also developing a strategic rail plan. “Rather than reacting to immediate needs, we’re trying to get ahead of the game,” he said. “Get the skeleton in place so we can build muscle on top.”

Stockton is served by the BNSF and Union Pacific railroads. A shortline, Central California Traction, is jointly owned by both railroads and operates on the port.

“We’re never going to be Oakland or Los Angeles-Long Beach, but we’re an important logistics hub in the central valley and Northern California with regional reach to grow into neighboring states,” Grossgart said.