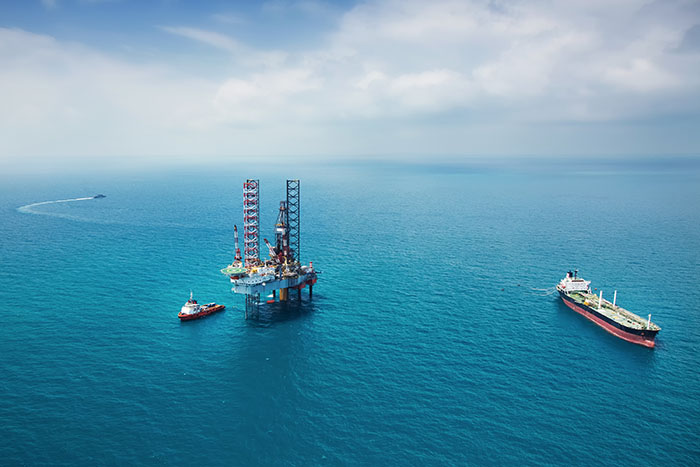 Charter rates for workhorse multipurpose/heavy-lift (MPV/HL) ships were up only 0.9 percent for the year as of November, according to shipbroker Toepfer Transport. Photo credit: Shutterstock.com.

Similar to a patient continuing to relapse, a nascent shipping recovery in the multipurpose/heavy-lift (MPV/HL) sector has yet to fully take hold. Thanks to a busy renewable energy sector and reasonably stable oil and gas markets, interest is growing in the module carrier and super-heavy-lift sector, but even as carriers report more inquiries and forward contracts, rates remain too spongy to instill broad confidence. Virtually no carriers are ordering new vessels beyond replacement capacity, as investment is stymied by scarce financing, business uncertainty, and nerves about how IMO 2020 and further carbon reduction mandates will play out.

Multipurpose and heavy-lift ships remain oversupplied globally, although thanks to the ongoing US-China trade war, new trade patterns are hindering vessel availability in the US Gulf, where it’s increasingly difficult for the carriers to find repositioning cargoes. Soybean backhauls to Asia have disappeared, for example. On the other hand, one engineering, procurement, and construction (EPC) executive predicts that a reinvigorated US Export-Import Bank could goose US project-related exports, helping to fill that gap.

Shipbroker Toepfer Transport reported stirrings in the secondhand MPV/HL market in the third quarter, but as more elderly vessels began coming on the market, prices softened, according to head research analyst Yorck Niclas Prehm. Toepfer’s multipurpose index, an average of time charter rates for 12,500-ton MPV/HL ships, the workhorse ships of the sector, was up only 0.9 percent for the year as of November and continued to meander sideways in the $7,500 to $7,600/day range as 2019 ended.

Consolidation in the higher end of the MPV/HL fleet — i.e., carriers operating newer ships with lift capacities of 100 metric tons or more — has quieted after reducing the number of owners and operators without reducing sector tonnage.

Shipping executives continue to play musical companies. Ulrich Ulrichs, formerly the CEO of Rickmers Line (bought by Zeaborn, parent company of Zeamarine, in 2017), left Zeamarine in late 2018, joined BBC Chartering as chief commercial officer in May 2019, and was named CEO in August on the retirement of founder Svend Andersen. Ove Meyer, one of Zeaborn’s founding partners, left in July. Andre Grikitis, former CEO of Intermarine, then CEO with Zeamarine after a joint venture was formed between the two carriers in 2018, retired in April when Zeamarine fully took over the joint venture.

Zeamarine announced in November that Namir Khanbabi, after many years with Singapore-based MPV/HL carrier AAL, would be its new regional director for Asia and Oceania. Christian Monsted and Lars Bonnesen, both formerly of Scan-Trans and then Intermarine (which bought Scan-Trans in 2012), left in April to join United Heavy Lift. Christian Anderson, also formerly with Zeamarine and Intermarine/Scan-Trans, left his position as Zeamarine’s regional director for Asia and Oceania (now Khanbabi’s position) in August. In February 2019, Anderson will become one of three managing directors with United O7, representing United Heavy Lift and partner Ocean 7 in Asia and Oceania.

Thin at the top

Structural changes have altered the way EPC companies do business and interact with project owners, and those changes continue to percolate down through the project logistics supply chain, affecting forwarders, carriers, and other service providers. And owner-driven demand for lower, more tightly controlled costs shows no sign of dissipating.

“It’s been a very tough period since the downturn [of 2014-2015]. Project activity is higher, but margins are thin,” said Jeff Otten, a research analyst for upstream capital and downstream costs services with IHS Markit, parent company of JOC.com. On the EPC side, we can expect to see more mergers and “market cannibalization,” he said.

Many planned oil and natural gas development projects were no longer feasible after the 2014 price collapse, when oil prices briefly slid to $30 a barrel, according to IHS Markit. To survive the downturn and shave costs, project owners such as oil majors and petrochemical manufacturers have, among other adaptations, shifted much of their contracting from reimbursable to lump-sum turnkey — “hard money,” as one EPC logistics executive put it. The project owner pays a lump sum for a finished project, with few, if any, change orders or renegotiations allowed. This is a significant change from traditional “reimbursable” contracting. When oil was at $100 or higher per barrel, speed mattered more than cost. That’s simply not the case anymore, Otten said.

“The EPCs have to offer lump-sum or no one will sign,” he said. This means the risk of unexpected costs caused by engineering or fabrication delays, equipment or module defects, transport issues, and fluctuating prices for materials, labor, bunkers, or transport must be covered by the EPC and/or its logistics service providers. All of this has led to much closer scrutiny by EPCs and owners, including tighter control of and transparency around transport and logistics.

EPCs and owners have reduced construction costs with standardized and simplified design, increased their reliance on modularization, introduced technological advances, and in some cases shifted engineering and design functions to comparatively lower-cost centers, such as India and southeast Asia.

These innovations have their knock-on effects, however. Modules fabricated in China to save on costs have been hit hard by US import tariffs. On the labor side, “moving engineering overseas worked when project activity was lower, but activity is increasing, even with the lower price of oil,” Otten said, and as more projects come online, the EPCs are running into complications.

“Due to backlogs in busy areas such as the US Gulf Coast, you’re not getting the A [outsourced engineering] team. You’re getting the C to D team,” he said. Engineering and design costs may be lower, but these stages also take longer. “They are cheaper per hour but less experienced, and you can still end up with mistakes that lead to scheduling issues and result in project cost overruns,” he said. Vendors and sub-vendors on the procurement side, dealing with their own thin margins and labor issues, also add risk and cost.

Adapting to these changes has been tough on the cargo owner logistics executives who are tasked with transporting project material and equipment to sites safely, on schedule, in sequence, and on budget. Project and breakbulk logistics providers will continue to feel the squeeze, even in an improving market. This is the new normal, at least for now.

If, however, oil prices were to leap upward and stay there, all bets would be off.

That said, estimates for oil prices, always a bellwether for global project activity, were revised down during the second half of 2019 from earlier, more optimistic forecasts, Otten said. “[Dated Brent] was in the $60 [per barrel range] this past year, and now we think it’ll be about $55 … Operators are seeing these forecasts and budgeting for less capital expenditures,” he said.

On the flip side, if prices fall to the low $50s and stay there for three or more months, service providers could be forced to reduce prices to retain market share, and “you’ll start seeing canceled contracts and major changes to rates,” Otten said. However, if prices stay within the predicted $55-$60 per barrel band, there will be less available money, but no changes to service costs such as rigs, labor, equipment, or well materials and services, he said.

It’s not awful news, but it’s not exactly inspiring, either. For all sectors, a little big-picture certainty, predictability, and stability would go a long way.