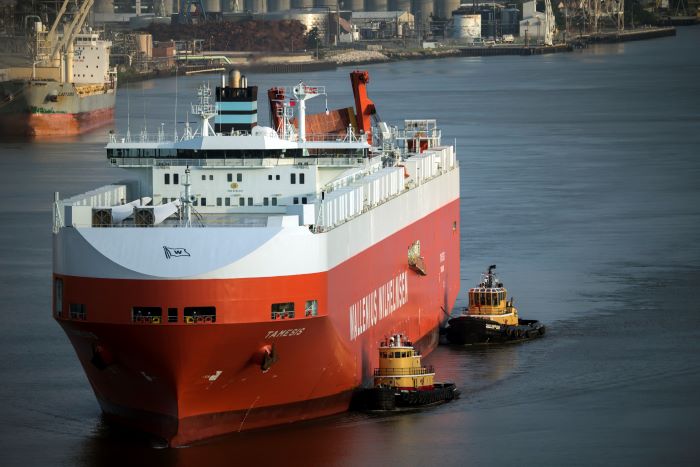 In the face of the coronavirus disease 2019 (COVID-19) pandemic and the knock-on effects of efforts to control its spread, global car and roll-on, roll-off (ro-ro) carrier Wallenius Wilhelmsen Group has announced it will put up to 10 ships in cold layup and send as many as four vessels for recycling. The publicly held company, listed on the Oslo stock exchange, is also withdrawing a previously proposed 2019 dividend of 7 cents per share.

While the carrier's liquidity position is strong, the uncertainty surrounding global supply chains and the world economy have prompted precautionary measures in order to preserve cash, Craig Jasienski, president and CEO of Norway-based Wallenius Wilhelmsen, said in a statement.

“The world has changed dramatically over the past weeks, and we are all feeling the effect,” Jasienski said. “The impacts these events will have on the world economy and global supply chains remains unpredictable, but it is increasingly clear that current events will have longer term impacts.”

The carrier's current fleet is oversupplied by 10 to 15 ships, even after planned redelivery of chartered ships, the company said. The company will “green recycle” as many as four ships, all at least 24 years old, the statement said, reducing operating costs as well as capacity. Placing ships in cold layup, meaning engines and machinery will not be kept running, will save $3,000 to $4,000 per day per ship, the company said.

Eleven chartered ships were available for redelivery as of Jan. 1; of these, seven will be or have been redelivered before June 30. The company has extended one charter and is mulling over the remaining three, it said.

Wallenius Wilhelmsen specializes in transporting vehicles, trucks, rolling stock, and breakbulk globally. As the pandemic spreads, however, automakers across the globe have announced mass production suspensions through the end of March and into April, according to IHS Markit, parent company of JOC.com. Across Europe, the Middle East, and Africa, production volume losses could top 900,000 units. In the United States, the United Kingdom, and the European Union, original equipment manufacturers (OEMs) are responding to government requests to shift to manufacturing items that will help with the pandemic response. According to press reports, German carmakers have been asked to help with ventilator and mask manufacturing.

According to IHS Markit's March 23 economic forecast update, recovery from the pandemic-driven economic contraction is likely to begin in August 2020, at which time new cases of COVID-19 should be dwindling and quarantines lifting. A rebound will begin taking hold by October, said IHS Markit, adding that in 2021, year-over-year GDP growth will hit 3.8 percent. Not until 2023 will there be full employment and a stock market that has recouped the recent losses, IHS Markit forecasts.