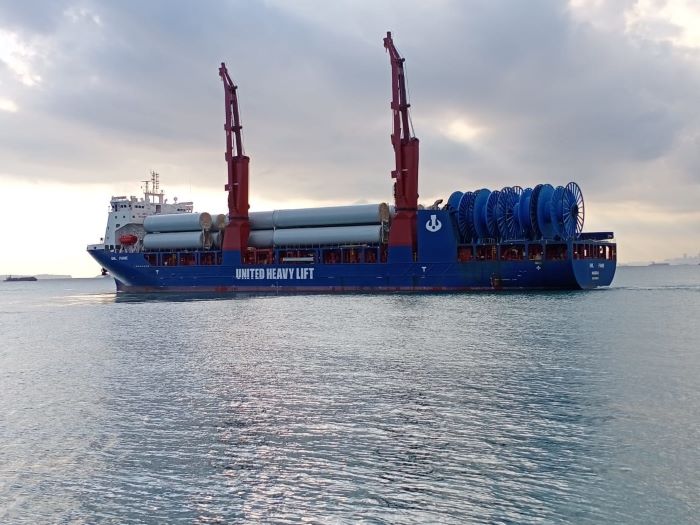 “Two successful players in the heavy-lift market are aligning their goals,” UHL CEO Lars Bonnesen said in a statement. “Together we are stronger and together we will move forward.”

Intermarine, based in New Orleans and Houston, operates a heavy-lift and breakbulk liner service in the Americas. The Intermarine brand was recently resurrected when Zeamarine, which had bought Intermarine and retired the brand, spun off the carrier as part of restructuring and bankruptcy in early 2020.

Pedersen told JOC.com he does not expect UHL ships to operate in Intermarine's liner services. UHL’s newly acquired nine F900 "Ecolift" vessels are 14,000 dwt with combined lift capacities of 900 metric tons, larger than the vessels typically used by Intermarine. “We will discuss it on a case-by-case basis, if there are opportunities for UHL ships, but that is not the idea,” he said.

Rather, Pedersen expects to be moving cargo globally for North American clients on UHL ships. “My role is to handle the UHL fleet and support clients,” he said.

Bonnessen, who previously worked for Intermarine, told JOC.com, “I know [Zeamarine is] very capable. A lot has happened to them … but they are good people and they give good service to their customers.” Bonnesen left Intermarine for UHL in April 2019 after it was acquired by Zeamarine.

“Your focus has to be on the bottom line all the time," he said. “With the right ships … we took the F-900s as they are eco-friendly. In principle, we don't have a target of how many ships we want. We want to have sustainable business for the long run.” There are about 17 ships in UHL's fleet at present, Bonnesen said.

UHL is part of the United Group, which also includes United Wind Logistics, United Engineering Solutions, and United Heavy Transport, which will operate the group's semi-submersible vessels beginning in May. Intermarine operates weekly and biweekly liner sailings from the US Gulf to the Caribbean, Mexico, Central America, and the west coast of South America.