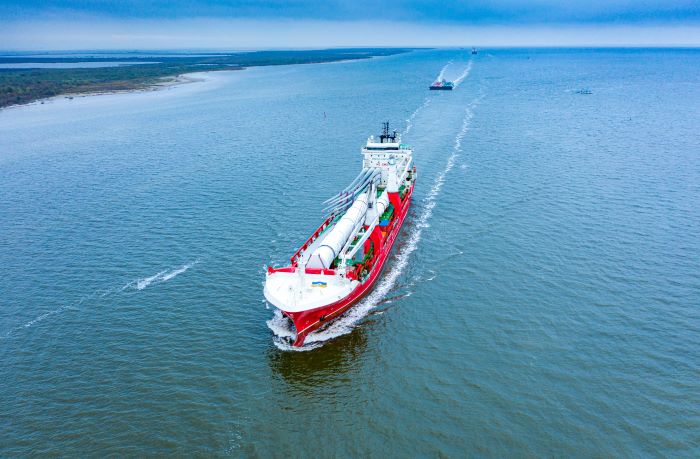 Uncertainty due to persistent port congestion in the US and Europe, a possible economic recession, and the impact of China’s zero-COVID-19 policy on exports are weighing on the multipurpose and heavy-lift (MPV/HL) markets, even as charter rates remain elevated, according to breakbulk analysts.

That uncertainty was reflected in the latest readings of the Drewry Multipurpose Time Charter Index and the Toepfer Multipurpose Index (TMI), which track daily charter rates for MPVs.

The Drewry index slipped 0.6 percent to $11,050 per day in June from the previous month as spot rates in the competing container and bulk sectors softened, leaving the index 25 percent higher than at the same time last year and up 96 percent from June 2020.

In the longer term, increased investment in oil and gas projects due to high oil prices and western countries cutting ties with Russian energy suppliers, followed by a transition to renewable energy sourcing that will likewise drive project freight volumes, are likely to support these sectors. But in the short term, Drewry expects MPV charter rates to weaken further, sliding to $10,900 per day in July, the maritime analyst said in its monthly commentary released Thursday.

In Toepfer’s July TMI forecast, released Wednesday, the index rose 1.5 percent from June to $23,099 per day, more than double the July 2021 reading, but demand appears to be slowing. Toepfer’s survey respondents predict that the TMI will slide 4.9 percent over the next six months and 10.5 percent by July 2023.

“Chinese exports are still hampered by COVID restrictions, European demand is weak due to increasing economic concerns, and inflation in the US coupled with the continued supply chain issues at the major ports mean that consumer confidence is receding fast,” Oatway said in the report. Rates will come under further pressure during the traditional summer slowdown as steel mills close ahead of the harvest season, she added.

The declines may also reflect the return of “spillover” containers and some breakbulk cargo to the container shipping sector as container spot rates continue to slide from their late 2021–early 2022 peak. Drewry’s World Container Index, which aggregates spot rate data on eight major east-west trades, fell to $7,051 per FEU as of July 7, down 32 percent from a record high of $10,377 per FEU on September 23, 2021, and 20 percent from the same week in 2021.

In another sign of the spillover market abating, ocean carriers including CMA CGM and Mediterranean Shipping Co. have once again begun promoting their project cargo and breakbulk carrying capabilities on LinkedIn and other social media.

Oatway said rates for the larger, more heavy-lift capable MPV/HL segment have weakened in line with softness in the container sector, although rates are expected to “remain well ahead of 2021 levels for some time to come.”

As Yorck Niclas Prehm, head of research with Hamburg-based Toepfer Transport, put it, “The MPV sector is currently driven by a wait-and-see attitude.”

While several economies are on the brink of recession, breakbulk carriers are hoping high oil and gas prices will drive increased investment in new and upgraded energy projects that will mitigate upcoming economic pressures, Prehm told JOC.com Friday. MPV “market rates continue to stay at historically high levels,” he added.

“Many countries are under pressure to reduce their dependence on energy imports from Russia which will cause a significant change to the energy infrastructure, especially in Europe,” Prehm said.  “Alternative import facilities including liquefied natural gas terminals, landside connections from ports and terminals, will have to be built very quickly.”

Reflecting underlying confidence in the MPV market, Singapore-headquartered Swire Projects said Monday it had signed long-term charters with German shipowner Rörd Braren for three 28,000-deadweight-ton (dwt) handysize MPVs to help develop its deep-sea trades. The ships, built in 2010 and 2011, will be delivered between the fourth quarter and early next year, initially on three-year charters with options to extend for longer, Swire Projects said in a statement.

“This latest charter agreement is part of a longer-term business strategy to expand in our targeted markets and sectors by procuring suitable tonnage from high-quality owners. These workhorse vessels will take Swire Projects’ growing MPP [MPV] fleet to 15 vessels by year-end,” Namir Khanbabi, Swire Projects general manager, said in the statement.

The latest deal follows the signing of long-term charters between Swire Projects and Germany’s Nordic Projects & Finance last November for four 12,700 dwt and two 19,600 dwt MPVs that were delivered to Swire from December.

The TMI, which covers a narrower MPV segment than Drewry’s index, is based on an average of daily charter rate forecasts for “workhorse” 12,500 dwt geared MPVs, a ship type currently in high demand. To produce the TMI, vessel owners, operators, and brokers provide Toepfer with their forecasts for six- to 12-month charters. The TMI now also includes projections for six and 12-month average rates, expressed as relative growth or decline compared with the current TMI value.

How to Improve OTIF: 15 Tips for On Time and In Full Delivery
END_OF_DOCUMENT_TOKEN_TO_BE_REPLACED