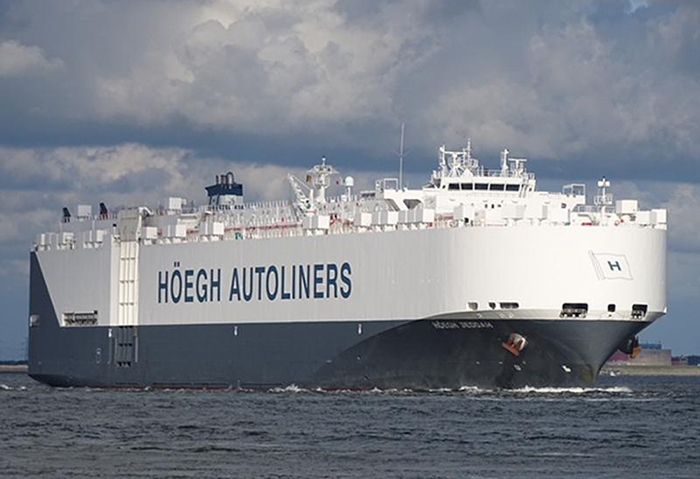 The service stops at two of the busiest roll-on, roll-off ports on the US East Coast.

Hoegh Autoliners plans to add a monthly service for vehicles, machinery, and other roll-on, roll-off cargo from Baltimore and Jacksonville via the Panama Canal to ports in Australia and New Zealand.

The service is scheduled to begin with the sailing of the Hoegh Jeddah, a Panamax vessel with capacity of 6,500 car equivalent units, from Baltimore on March 14 and Jacksonville on March 16.

The vessel rotation will include Auckland, New Zealand, and the Australian ports of Brisbane, Port Kembla, Melbourne, and Fremantle.

Baltimore and Jacksonville ranked first and second, respectively, among US ports in total vehicle shipment volume in Finished Vehicle Logistics’ most recent annual rankings. Baltimore handled 683,365 units during 2016, followed by Jacksonville with 652,265.

Jacksonville said it handled 693,000 units during its fiscal year, which ended last Sept. 30. The port is building a new automobile processing terminal at the Dames Point Marine Terminal. The project is the first phase of a multi-year project to increase the port’s vehicle-handling capacity by 25 percent.