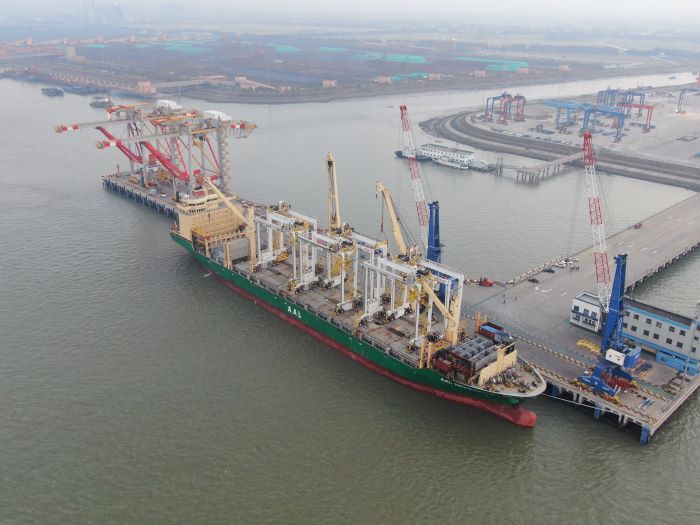 Average time charter rates for the multipurpose and heavy-lift (MPV/HL) fleet will rise 6 percent in 2020, according to maritime consultancy Drewry's latest report, thanks to stronger demand across the dry cargo sector.

The uptick will continue in the mid-term despite a possible short-lived correction during 2021. More specifically, Drewry expects larger ships in the sector to see double-digit percentage increases, while ships of less than 15,000 dwt are expected to see only marginal increases.

A move toward trade policy reconciliation is offering relief from downbeat economic news and business uncertainty as 2020 opens, agrees IHS Markit, parent company of JOC.com. Although many issues remain to be settled, phase one of trade negotiations between the US and China have concluded; the US Senate has approved the United States-Mexico-Canada Agreement (USMCA), NAFTA's replacement trade agreement; and a no-deal Brexit, while still a possibility, is less likely following December’s UK election. Global equity markets have hit new highs, a sign of investor confidence, according to IHS Markit.

Drewry expects dry cargo trade to grow at a steady 2.1 percent for the next few years. The market and its drivers have shifted, the report said, as expectations for trade and steel production have strengthened. The early stage trade deal between China and the US improves the outlook for the container and bulk fleets, which compete for breakbulk cargo when their traditional cargoes fall short.

Toepfer Transport, which defines the MPV/HL fleet more narrowly than Drewry, is less optimistic, head of research Yorck Niclas Prehm told JOC.com. The Toepfer Maritime Index, which is an average of six-to-12-month charter rates for geared, 12,500 dwt F-type multipurpose ships, slipped 2.1 percent from December to January, to $7,393 per day, and 2.6 percent from January 2019 to January 2020.

Prehm's reservations stem from the impact of increasing bunker costs due to IMO 2020; continuing geopolitical tensions, notably in the Middle East; and sector uncertainty driven by the events at Bremen-based MPV/HL carrier Zeamarine.

In December, specialist Sven Lundehn, tax expert and managing director with Bremen-based crisis management consultancy Alldatax, took over management of Zeamarine from the carrier's executive staff, and founder Jan-Henrik Toebbe left the company. The carrier has not made any public statements since before Christmas, despite repeated requests from JOC.com. According to a number of industry sources who have discussed the matter with JOC.com, the consensus is that the carrier is dealing with several issues, including difficulty merging very different shipping cultures over a relatively short period and a lack of clarification over its business model.

In the bigger picture, over-capacity continues to plague the MPV/HL sector regardless of owner/operator configuration. Operators may consolidate or change position, but in absolute terms the fleet simply shifts around without decreasing, even as cargo amounts remain low, said Prehm.

As Drewry's report said, “the diverse and ageing fleet has changed little over the last 12 months and, unless demolition numbers increase significantly, [it] is set to stagnate over the short term at least.”

New ship orders remain scant and are intended as replacement tonnage rather than new investment. At least some reluctance to order new ships — which, once delivered, can be expected to be in service for 20 or more years — is driven by design uncertainty over possible low-carbon, efficiency, and other regulations that may be mandated over the next few years.

A further complication, according to industry sources, is that demolitions are unlikely to pick up as long as shipping banks, most of them German, control the fate of a sizable portion of the MPV/HL fleet, often carrying vessels at book values at odds with actual market value. Any move toward scrapping depends on these banks, which would have to be willing to “take a haircut” and write down their investments, said the sources. They estimate that some 30 percent of the fleet is extra capacity that would need to disappear to trigger a significant upturn.