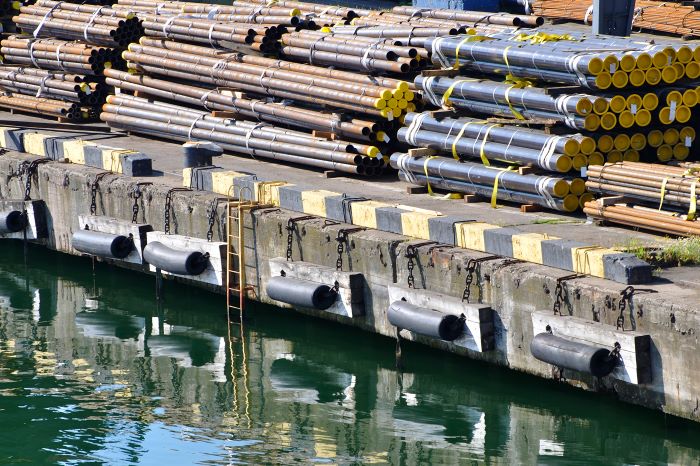 Multipurpose/heavy-lift (MPV/HL) charter rates continue to hold their own after bottoming out in June, as the market regains its footing after the spring chaos wrought by COVID-19, the latest Toepfer Multipurpose Index (TMI) shows.

While the oil and gas sector has pulled back dramatically from early 2020 capital spending plans, threatening the project cargo pipeline critical to the MPV/HL sector, the low bunker fuel prices that are also a result of oil demand destruction have helped to control costs.

The index, compiled by Hamburg-based shipbroker Toepfer Transport, reflects expected average time-charter rates per day for six- to 12-month charters for 12,500 dwt F-type MPV/HL ships with 240 mt to 360 mt combined lift capacity, the most liquid “workhorse” slice of this fleet, in Toepfer's view. The TMI, based on information from owners, operators, and brokers, is a window into chartering rates for the privately held sector.

Drewry Maritime, a London-based consultancy, creates its own multipurpose freight rate index weighted across three MPV/HL vessel segments and based on broker-reported time charter rates. The base year, a pre-Great Recession 2007, equals 100. The index is now hovering at 53, having slid from 57 in 2019. As of the first half of 2020, the “base case,” or most likely economic scenario, is that the index will return to 57 over the course of 2021, according to Susan Oatway, senior analyst for multipurpose and breakbulk shipping with Drewry.

Rates for handysize bulkers, which multipurpose ships compete with fiercely for non-heavy-lift cargoes of raw materials such as grains and steel pipe, particularly when markets are soft, have followed a more volatile pattern than the TMI or Drewry's index over the past 12 months. The Baltic Handysize Index (BHSI) measures average spot freight earnings for 33,800-dwt standard dry bulkers with four 30-mt cranes on six typical global routes. The data is based on fixtures reported by shipbrokers to the London-based Baltic Exchange.

While further volatility is expected in 2020, “the worst of the market is behind us,” Mats Berglund, CEO of Hong-Kong based bulk carrier Pacific Basin, said in a July 30 earnings call. The carrier, which operates an owned and chartered-in fleet of 157 handysize bulkers and 104 supramax bulkers, saw revenue of $681.5 million during the first half and reported a loss of $222.4 million after taking $195.8 million in impairments. During the first half of 2019, Pacific Basin reported a profit of $8.2 million on revenue of $767.1 million.

Pacific Basin is seeing increasing levels of trade and inquiries since May, Berglund said on the call. As of late July, they have covered 60 percent of their currently contracted handysize days for the second half of 2020 at about US$8,420 per day, a positive trend, he said.

“COVID-19 has been a very unfortunate setback for businesses and people all over the world,” Berglund said. “This makes for significant uncertainty and markets will likely remain volatile. But we do expect that at least the worst of the market is behind us and that we will see a seasonally stronger second half assisted by stimulus measures and fewer newbuilding deliveries, which should bode well for our business both in the second half and beyond.”

Global Shipping Outlook: A Sneak Peek at 2021
Port Performance North America: Managing Cargo Flow During a Pandemic — and Beyond
END_OF_DOCUMENT_TOKEN_TO_BE_REPLACED