After scrub-down, breakbulk consignment heads for the Antarctic

After scrub-down, breakbulk consignment heads for the Antarctic 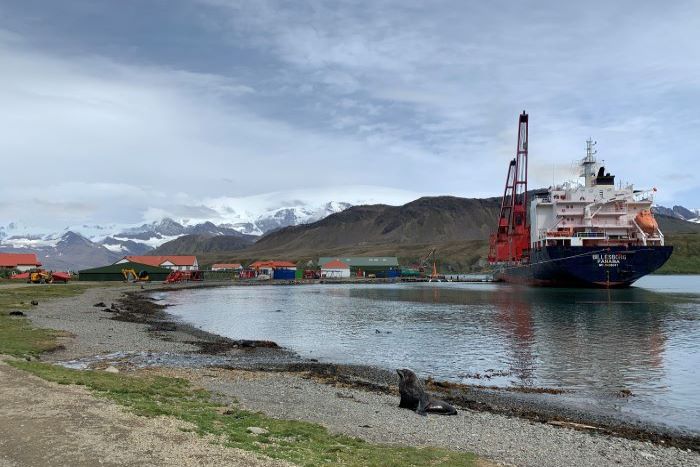 Working at a specially prepared site at Teesport, England, TGP has overseen the deep cleaning of loading areas, cargo, and containers with insecticides and pesticides and the deployment of a rodent detection team, part of biosecurity preparations for all three Antarctic shipments, according to TGP.

The first two shipments brought construction equipment and materials to Rothera and to South Georgia, a British territory in the southern Atlantic, last month and in early 2019. Royal BAM, a Dutch construction group, is building the Rothera site and contracted with TGP for logistics services.

Between 2009 and 2018, the world’s largest island rodent eradication program was carried out on South Georgia, ridding the island of rats and mice that had been devastating its wildlife for nearly 250 years. To protect the island’s numerous at-risk species, the South Georgia & the South Sandwich Islands government operates a stringent post-eradication biosecurity policy for all inbound vessels and cargo. The policy can mean vessel delays, as well as the forced return of cargo for any breach, according to TGP.

The Antarctic route presented numerous challenges, including downslope winds and berthing restrictions, according to TGP.

Global Shipping Outlook: A Sneak Peek at 2021
Port Performance North America: Managing Cargo Flow During a Pandemic — and Beyond
END_OF_DOCUMENT_TOKEN_TO_BE_REPLACED