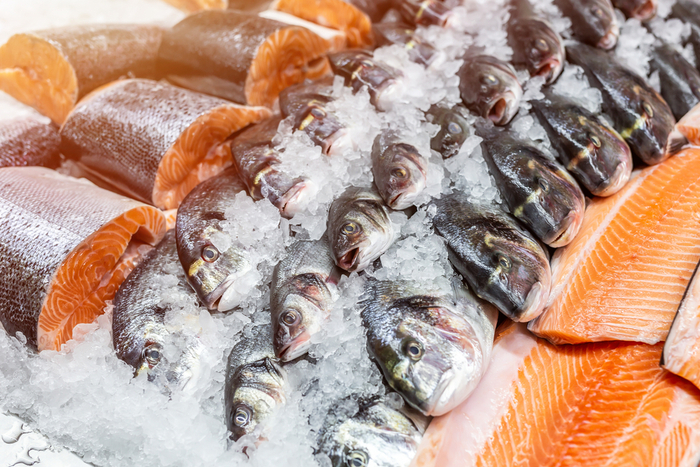 China's imports of Norwegian salmon have risen sharply in the past year. Photo credit: Shutterstock.com

Demand for fresh Norwegian salmon from China’s hungry markets has returned quickly in the first full year since Beijing lifted an import ban imposed on the fish in 2015, providing one of the few bright spots for Europe’s struggling air cargo industry.

China banned fresh salmon from Norway in 2015 over fears of the presence of a virus in the fish, only lifting the trade embargo in the second half of 2018. Export volume began to grow with robust demand continuing through 2019.

With a shelf life of seven to 14 days, transporting fresh salmon overseas requires air shipment, and the air freight volume of fresh and chilled seafood flown from Norway and Denmark from January through November 2019 was up almost 12 percent year over year, according to analyst WorldACD. That’s in contrast to a 5.1 percent decline reported in overall air cargo originating in Europe during the 11-month period.

Norway is responsible for much of this growth as the world’s leading seafood exporter, and fish comprises 80 percent of its air cargo exports, two-thirds of which is flown fresh to countries across Asia. Frozen seafood is transported by truck and ocean.

Victoria Braathen, Norwegian Seafood Council director for China, described 2019 as salmon’s comeback year in the Chinese market and was confident the upward trend would continue through 2020 and beyond.

“We see a very positive development in the Norway-China seafood trade,” she said. “There is a growing interest for imported seafood, and over the course of the last three years, the import of seafood to China has increased by close to 30 percent.”

The strength of the Norwegian seafood market can be seen in the way it was able to shrug off China’s salmon ban. Data from IHS Markit’s Global Trade Atlas shows that even with the fresh salmon ban in place, seafood exports from Norway and Denmark to China rose 24 percent in 2017.

Braathen said the export growth was due to increasing trade of both whitefish and pelagic species, which was accompanied by a 23 percent increase in value. “While salmon to the market at this time was limited, a range of species saw a positive development such as mackerel, haddock, capelin, and cod,” she said.

The lifting of China’s ban on Norwegian salmon was also felt in rival markets. Export volume of UK seafood to China, its third-largest market behind France and the United States, declined 5 percent in 2019 year over year, according to James Park, head of insights at the Scottish Salmon Producers’ Organization.

But a problem for airlines serving the seafood market using freighters — seafood exports from Northern Europe are split 50/50 between freighters and passenger planes — is that the aircraft must be flown virtually empty to Norway or Denmark to pick up the cargo. Further impacting margins are lower rates that prevail on the backhaul trade.

Data from the TAC Index shows rates from Frankfurt Airport in Germany, one of Europe’s leading air cargo hubs, have fallen steadily all through 2019, down almost 20 percent in the first week of January compared with the same time last year.

Martin Langaas, director of traffic development and cargo for Norwegian airport operator Avinor, said much of the seafood exported from Europe had to be trucked from Norway to European airport gateways such as Frankfurt and flown on to Asia, taking advantage of the low rates.

“There is an imbalance of air cargo between Asia and Europe as demand and rates are much higher from Asia to Europe than from Europe to Asia,” he told JOC.com. “Salmon being a huge air cargo commodity therefore benefits from low rates to Asia.”

Steven Polmans, chairman of The International Air Cargo Association (TIACA), said the trade imbalance was not limited to seafood, with large amounts of capacity to African markets such as Kenya or Ethiopia flown in empty.

He told JOC.com that salmon exports from Northern Europe showed strong growth last year, and despite the low rates available on the eastbound leg, profitability for the carriers was based on round-trip calculations.

That profitability on a global level continues to be threatened by the effects of the trade war between the US and China, the deterioration in world trade, and a broad-based slowing in global economic growth, according to Alexandre de Juniac, director general and CEO of the International Air Transport Association (IATA).

He called the decline reported in November air cargo demand “a big disappointment” considering the fourth quarter is the industry’s traditional peak season.

“Signs of a thawing in US-China trade tensions are good news, but trading conditions at present remain very challenging,” de Juniac said in a statement.

Global Shipping Outlook: A Sneak Peek at 2021
Port Performance North America: Managing Cargo Flow During a Pandemic — and Beyond
END_OF_DOCUMENT_TOKEN_TO_BE_REPLACED