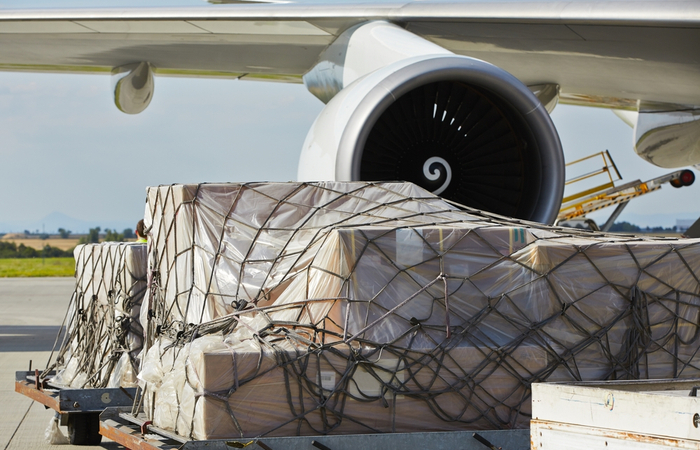 The trade dispute between the US and China is an ongoing drag on air freight demand. Photo credit: Shutterstock.com.

The impact of the United States-China trade war on air cargo has combined with slowing economies to drag down demand this year, with the Asia-Pacific market being particularly brutalized.

August recorded the 10th straight month of declining volume, according to the International Air Transport Association (IATA), which said global demand declined by almost 4 percent in August compared with 2018. Asia-Pacific has been particularly brutalized by the trade war, with IATA data showing demand for air freight contracted by 5 percent in August.

“The impact of the US-China trade war on air freight volumes was the clearest yet in August. Not since the global financial crisis in 2008 has demand fallen for 10 consecutive months. This is deeply concerning,” said Alexandre de Juniac, IATA director general and CEO.

“And with no signs of a détente on trade, we can expect the tough business environment for air cargo to continue. Trade generates prosperity. Trade wars don’t. That’s something governments should not forget.”

Underpinning the poor performance of air cargo are economic indicators that highlight the ongoing weakness in the markets. Global export orders continue to fall with the global IHS Markit Purchasing Managers Index (PMI) stuck in contraction territory. The tracking of new manufacturing export orders has pointed to falling orders since September 2018, and for the second month in a row, all major trading nations reported falling orders.

China's September trade outlook registered a four-point decline from June to an index value of 45, according to data from the DHL Global Trade Barometer released by DHL. The decline was mainly driven by a significant eight-point fall in overall air trade.

The weakness in air cargo can be seen in global supply-demand factors, where available air freight capacity has now outstripped demand growth for 16 consecutive months.

This dragged air cargo rates to their lowest levels in four years. Rates have not been this low at this time of year since 2015 when the TAC Index started recording rate movements. TAC Index is a freight rate tool that captures the past seven days of transactional data between forwarders and airlines.

Air cargo analyst WorldACD put the decline in Asia Pacific volume in August at 6 percent, and in a note said chargeable weight fell 7 percent and was accompanied by a yield decrease of 9.4 percent. That sparked a worldwide revenue drop for the air cargo industry of almost 16 percent. Revenue for air cargo originating in Europe fell 15.3 percent and was down 11.6 percent for cargo originating in Asia-Pacific.

Andrew Herdman, director general of the Association of Asia Pacific Airlines (AAPA), said August demand for carrier members fell 6.4 percent year over year as the weakness in the markets persisted.

“Consumer goods markets continued to expand, but demand for intermediate goods fell further, contributing to the decline in air shipments,” Herdman said in a statement.