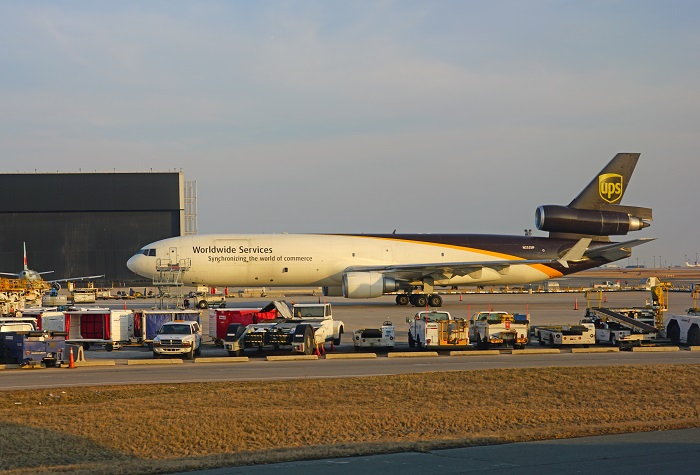 Air cargo is changing — no longer is tonnage the sole, ultimate metric. Air cargo companies and the airports that serve them must be entrepreneurial-minded to meet the needs of transit-time, cost-sensitive shippers with their high-value cargo. So far, three key Canadian hubs are meeting the bill. (Above: air cargo being loaded at Toronto Pearson International Airport.) Photo credit: Shutterstock.com.

The air cargo hubs of Montreal, Toronto, and Vancouver are attracting new services and shifting their focus from delivering tonnage for shippers to ensure reliability for high-value shipments, particularly for technology trade with Canada’s top four partners: the United States, the United Kingdom, China, and Japan.

“Air tonnage is an archaic way of reporting growth because it doesn’t tell you the value of what was hauled, the speed to market, or the destinations reached,” said Ray Segat, director of cargo and business development at Vancouver International Airport. "Today, to meet the needs of transit-time and cost-sensitive shippers, we must be more entrepreneurial minded. Money we make at the airport has to be invested” in geographic and infrastructure expansion, he added.

Toronto Pearson International (YYZ) is continuing to expand its global reach. This year, it is connecting Canadian air exporters and importers with 70 percent of the world’s economy, up from 67 percent a year earlier, airport officials report.

The airport’s objective aligns with carrier aims of “seeking the maximum revenue and highest returns per cubic meter and weight carried at the least amount of cost,” Ritchi added.

Toronto Pearson is not a hub nor even a destination for Amazon’s Prime jet freighters and Ritchi isn’t worried about it. “E-commerce is not the most profitable air cargo product because it is lightweight and bulky and takes up a lot of space at less revenue,” he said.

Air Canada said this year it will be replacing some of the lost capacity with belly lift from additional 767 passenger flights to Mexico City and Lima. An Air Canada Cargo spokeswoman said there are no current plans to form a partnership with another freighter operator; however, it still has a freight interline relationship with Cargojet.

There is labor peace at Toronto Pearson after a crippling strike in 2017 when cargo and baggage handlers went on strike for about 80 days. Since then, Dnata, a unit of Emirates Group has formed a 50-50 partnership with locally-owned GTA Aviation to provide cargo and ground handling operations at Toronto Pearson. The new venture, called GTA Dnata, has signed up 11 airlines including Lufthansa, Swiss, China Southern Airlines, and Korean Air and is putting a particular emphasis on handling perishables, pharmaceuticals, and technology cargoes.

Officials say congestion inside the airport is not a problem for truckers or forwarders. The airport has round-the-clock customs clearance, 1.2 million square feet of on-airport warehousing facilities that meets the needs of today’s tenants, and no new-construction is planned in the next 12 months, an airport spokesman said.

Vancouver International (YVR) markets itself to shippers and importers as a multimodal logistical “village” and transshipment point, not just as Canada’s second-busiest airport. YVR is 20 minutes from Vancouver Harbor, adjacent to the Trans-Canada Highway system, 25 minutes from the Canada-US border crossing, and a few miles from the Canadian Pacific Railway rail line.

“In the last decade and a half, we have created a 1-million-square-foot cargo village under roof which includes 100 businesses — air carriers, freight forwarders, consolidators, integrators, customs brokers, Canada Border Services Agency staffers, and ourselves,” he said.

YVR, said Segat, has thrown the traditional airport rulebook out the window, by leaning into customers' needs. “Airports normally push the integrators off their property. We pursued them. Forwarders and truckers have a huge impact on the supply chain. We court them. We really don’t care how the goods move. We place them on the transportation mode that delivers the best value to the shipper or consignee. If something takes two days to deliver, why fly it?” he said.

YVR is served by 56 airlines, and all except the integrators and Cargojet, are belly freight carriers. In 2017, Hong Kong Airlines, Interjet, a Mexican airline, and Flair, low-cost Canadian carrier, began operations. This month, China’s Hainan Airlines will launch A-330 Vancouver to Shenzhen via Tianjin service, cementing its status as one of the best-connected airports to China within North America.

Vancouver International lost its only scheduled trans-Pacific freighter service after 22 years in early 2017 when Cathay Pacific moved its 747 all-cargo aircraft south to Portland International Airport. The capacity to and from Asia has been replaced with belly lift from Cathay’s A-350 and 747-800 passenger flights. An airport spokesman insists no airlines have dropped YVR in the last several years.

“We’re punching above our weight class and growing,” said Segat who said C$14.9 billion ($11.6 billion) in air exports and imports moved through YVR in 2016, the most recent totals available, a 26 percent gain over the prior 24-month period. Volume topped 313,000 metric tons in 2017, up 10.8 percent over the previous year, and air cargo traffic is 10 percent ahead so far in 2018, he said. Perishables, seafood, and pharmaceuticals all posted sharp gains. Segat said air freight growth outpaced passenger traffic last year on a percentage basis.

Montreal-Mirabel (YMX) International, one of the city’s two airport handling cargo, opened in 1975 and was touted by developers as a “super airport” designed for the coming supersonic air travel age that never materialized. It has, however, attracted integrators UPS, DHL, FedEx, Purolator, and several pure freighter airlines and occasional cargo charter flights. International and domestic passenger airlines and the t forwarding community are more concentrated Montreal-Trudeau International Airport (YUL) which is newer, larger, and closer to the city.

Montreal-Trudeau, with its network of TK destinations and extensive wide-body belly capacity, handles more air freight, 110,667 tonnes in 2017, up 7.8 percent over the prior year, according to a spokeswoman. Mirabel’s volume, was 95,352 tonnes last year, a 7.2 percent gain.

Truck congestion and delays, even in harsh weather, is “minimal,” said a cargo agent at Trudeau who handles Air France and KLM. “They’re quite organized here. We have few complaints.”

Air cargo capacity fills up ahead of Asia-Europe peak season