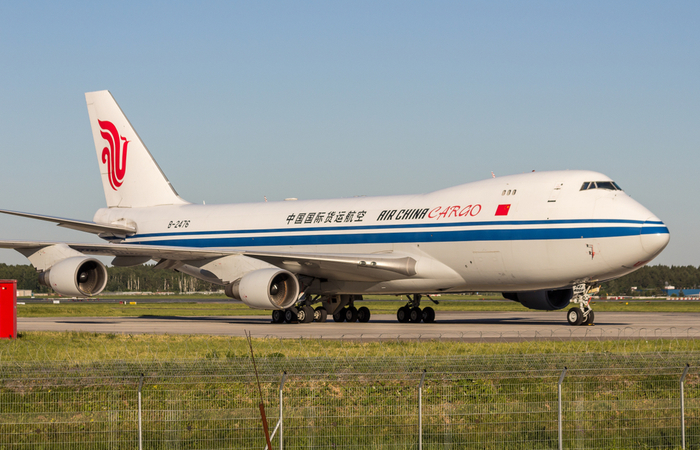 There was a sharp increase in demand on routes out of Shanghai to Europe in September. Photo credit: Shutterstock.com.

Air cargo rates from Shanghai to Europe soared in September, going against the trend of falling prices out of Asia as Pudong International Airport captured a greater share of a market looking to avoid protest-hit Hong Kong.

The rate on the Shanghai-Europe trade lane increased 10.45 percent in September, according to Peter Stallion, an analyst at Freight Investor Services (FIS). Rates on the route were largely flat in the run-up to September. Shanghai is China’s busiest airport by cargo volume, and the world’s third-busiest air freight hub, handling 4 million tons in 2018.

Stallion said FIS data showed a clear transfer of cargo volumes from Hong Kong to Shanghai and greater China due to a combination of factors, including the political strife in Hong Kong, falling volume, and excess capacity. This has caused rates out of Hong Kong to fall steadily, while Shanghai lanes have posted a slow but steady climb. Shanghai to Europe rates jumped 4.74 percent in the past week.

The reason can be seen in cargo statistics from Hong Kong International Airport for August, the latest monthly figures available, where total volume declined 11.5 percent. Hong Kong is a transshipment hub and very little of the 5.6 million tons of annual air freight it handles remains in the city. Transshipment volumes declined almost 20 percent in August compared with the same month last year, while imports were down 15 percent.

Most of the decline in transshipment and imports involved air cargo from Southeast Asia and China as forwarders adjusted routings to avoid potential delays in Hong Kong caused by anti-government protests. Demonstrations at the airport in August forced hundreds of flights to be canceled, with the chaos taking days to resolve.

“So far we are not really seeing cargo moving to Shanghai, but rather to Guangzhou and Shenzhen, which for sure have benefitted with some cargo — we have done it — diverted from Hong Kong,” said Edoardo Podesta, Dachser Far East’s managing director, air and sea logistics Asia-Pacific. “This situation may continue, especially for cargo from some large Chinese companies.”

While the impact of the United States-China trade war on sourcing decisions are more obvious in ocean shipping — US containerized imports from China are down, while imports from Vietnam have risen sharply — the influences of tariffs on air cargo remains unclear.

Air freight analyst WorldACD said when the data was scrutinized, it was difficult to either refute or corroborate reports that China’s neighbors were profiting from the trade war.

The analyst compared air cargo exports in the June-August period with the same period in 2018 and found China-US shipment revenue was down 18 percent, while the other origins in Asia-Pacific lost 16 percent combined. Among major Asia-Pacific players, Japan, Hong Kong, and South Korea each lost about 25 percent in air cargo revenue compared with July-August last year, but Vietnam and Taiwan gained 4 percent and 15 percent, respectively. In trans-Pacific westbound, Vietnam air cargo revenue was up almost 10 percent, while all other trade lanes out of the US were down sharply.

“Whatever the reasons, Vietnam is clearly improving its position in air cargo flows to and from the US, and to a somewhat lesser extent, so is Taiwan. But the countries in Northeast Asia do not make the impression that they benefit from the trade war,” WorldACD found.