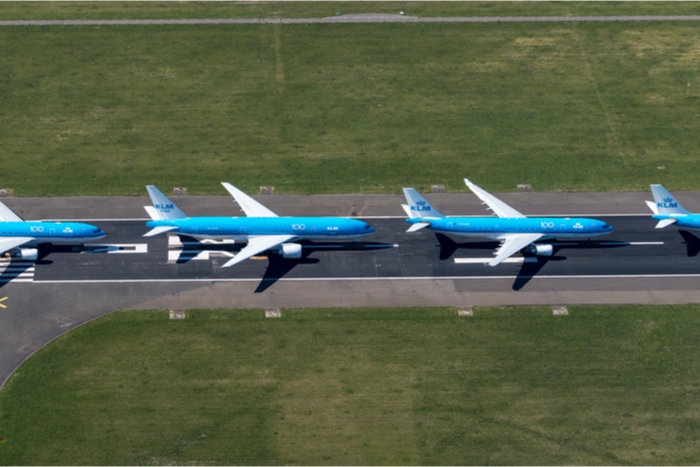 The air cargo rate from China to Europe has been on an almost vertical trajectory since mid-March, rising more than 60 percent in the past two weeks with sustained heavy demand for essential goods to combat the coronavirus disease 2019 (COVID-19).

But the strength of the cargo divisions belies an industry that is struggling for survival and facing a revenue loss that could reach $314 billion in 2020, according to the International Air Transport Association (IATA). Contrast that with the worst-case scenario for container shipping, transporter of 98 percent of global trade, which Sea-Intelligence Maritime Consulting puts at $23 billion in operating losses.

“Without urgent relief, many airlines will not survive to lead the economic recovery,” was the blunt assessment of Alexandre de Juniac, director general and CEO of IATA, in a statement Tuesday.

“Financial relief for airlines today should be a critical policy measure for governments,” he said. “Supporting airlines will keep vital supply chains working through the crisis. And it will give airlines a fighting chance of being viable businesses that are ready to lead the recovery by connecting economies when the pandemic is contained. If airlines are not ready, the economic pain of COVID-19 will be unnecessarily prolonged.”

The travel bans introduced in February removed 60 percent of air cargo capacity from the global market, and Accenture estimated in early April that only 20 percent of the world’s passenger planes were still flying.

Demand for medical protective equipment, medicines, and food from countries across the European Union has driven freight rates from Shanghai to Europe up 90 percent year over year to $8.35 per kilogram, according to April 13 data from TAC Index.

According to Freightos marketplace data, the rate from Shanghai to Europe and the US rose 25 percent in the last week alone, taking rates to levels three to four times their normal point at this time of year.

Interestingly, while Shanghai-Europe air freight rates shot up in recent weeks, the rate from Hong Kong to Europe, which was following a similar trajectory as Shanghai until a week ago, fell suddenly by 9 percent. Freight Investor Services (FIS) said in a Tuesday update this was a result of the Chinese government clamping down on poor quality medical equipment. Shipments of PPE originating in China are now required to fly to European destinations out of Chinese airports rather than being transshipped through Hong Kong.

FIS noted that talk throughout most markets was turning to the post-coronavirus recession. The analyst pointed out that overall cargo volumes have fallen 19 to 30 percent year over year, leaving the market very little to fall back on when the flow of personal protective equipment (PPE) and other medical equipment dries up.

With most retailers, department stores, restaurants, and bars closed across much of the world, there is little consumer demand in Europe beyond e-commerce for airlines to replace PPE with. The lackluster demand as most populations stayed at home amid the inevitable recession was highlighted by the United Nations Conference on Trade and Development (UNCTAD).

“The situation is expected to worsen due to the drastic but necessary social distancing and lockdown measures adopted in the Eurozone in the last month,” Pamela Coke-Hamilton, director of UNCTAD’s international trade division, said in a market commentary Tuesday.

The gloomy expectations were supported by economists at IHS Markit, the parent company of JOC.com, who now believe the coronavirus recession will be deeper than the one following the global financial crisis in 2008-09. They predict real world GDP will plunge 2.7 percent in 2020 compared with a drop of 1.7 percent in 2009.

But it is Europe that will see some of the worst recessions in the developed world, the economists warn, with the peak GDP contractions expected in the second quarter of 2020 to far exceed those at the height of the global financial crisis. IHS Markit expects real GDP in 2020 to plunge 4.5 percent in the Eurozone and 4.3 percent in the UK, while Italy will see a GDP decline of at least 6 percent.