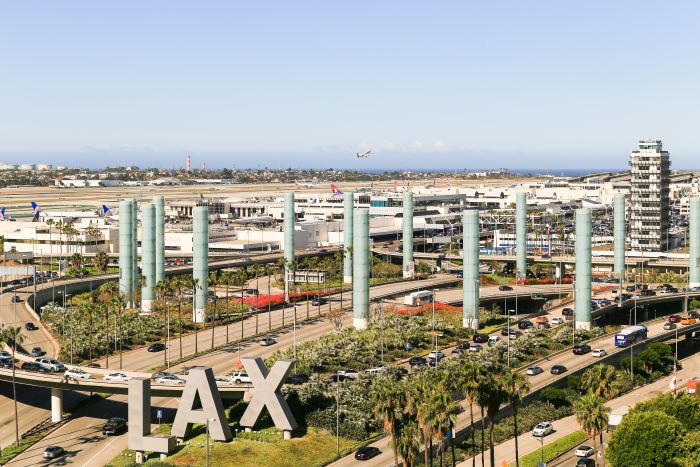 An air cargo project is being delayed at LAX so the airport can focus on a massive $14.3 billion expansion and modernization program designed to speed travelers through the fourth-busiest passenger airport in the world. Photo credit: Shutterstock.com.

Stakeholders are disappointed but seemed resigned to the fact they will have to wait at least two years before Los Angeles International Airport embarks on a much-needed project to overhaul its air cargo facilities.

LAX officials, at a ‘town hall” meeting Tuesday attended by 220 members of the airport’s air cargo community, confirmed what JOC.com reported exclusively Sept. 20 — a planned new air cargo terminal designed to streamline the transit of air shipments at the busy gateway has been shelved.

Officials said the airport needs to focus on a massive $14.3 billion expansion and modernization program at LAX designed to speed travelers through the fourth-busiest passenger airport in the world. It will be at least two years before the cargo project will be put on the front burner, they said.

“To be super clear, we are not scrapping these plans, but they are moved out a bit,” Heath Montgomery, spokesperson for Los Angeles World Airports (LAWA), said.

A subsequent statement from LAWA was short on specifics. “In an effort to modernize its air cargo infrastructure … LAWA is considering the replacement of aging cargo facilities with a consolidated and integrated air cargo complex,” the agency said. “In order to ensure proper coordination with other LAWA development projects and to better align it with multiple mega projects currently in process at … LAX, we expect to begin the initial planning of a future cargo project in 2021.”

Montgomery was asked to confirm a report that LAWA was scrapping the proposals already submitted to design and build the complex and that the bidding process would start from scratch again, potentially delaying completion for five more years. “We have not made a definitive decision to restart the entire process or to resume the procurement previously in motion,” he said. “LAWA will evaluate the option as it gets closer to the resumption of the process.”

Those who would benefit from overhauled air cargo facilities at LAX indicated they’ve come to terms with the delay and would accept LAWA’s explanation, but some still suggested the move was short-sighted.

“Make no mistake about it, the cargo redevelopment plan has been put on the shelf and it’s not a financial issue, it’s a resource issue,” said Brandon Fried, executive director of the Airforwarders Association (AFA).  “LAWA has a lot going on here and cargo, unfortunately, is sometimes the ugly stepchild because airport planners are passenger-focused and fail to see the economic and commercial value cargo brings to the local community.”

John Peery, chief operating officer of Mercury Air Cargo, the largest cargo handling firm at LAX and an influential voice among its cargo stakeholders, contends “cargo is absolutely a priority for LAWA and [LAWA] is very interested in improving the air cargo facilities at LAX.” Peery buys LAWA’s explanation that the agency is deferring the freight facility because it has “multiple passenger [side] priorities.”

Fried is disappointed by the delay. “The news is not good, but we’re appreciative that LAWA was forthright, [and] came to the meeting to set the record straight,” he said. “Now we need to start leveraging alternative measures and that means use of technology to expedite the process of entering and picking up freight at the airport. Waiting and doing nothing for five years is not an option.”

One idea discussed during Tuesday’s town hall was to remove all import air freight from the airport, create a nearby designated area where it can be broken down and retrieved, and reserve the existing airport freight facilities for what Fried terms “the most urgent need — export freight.”

Tom Griley, CEO of Griley Air Freight, a trucking company working with LAX forwarders and an AFA director, called the town hall “a positive meeting, but I think the audience was a little shocked that there was no plan in place to move ahead with the new [cargo] terminal. I wish we would have accomplished more of a forward focus.”

On the new idea discussed — creating a separate area or facility to “grab imports” as a potential time-saver for truckers — Griley said he would like to see a collaborative brainstorming on how that would work and where it would be situated. But in the meantime, he is concerned the imminent start of construction on the passenger terminal expansion will jam up the main arteries to and from the existing scattered cargo terminals that are already at capacity. This is exclusive of future air tonnage growth that reached 2.2 million metric tons in 2018, a 2.4 percent gain over the previous year.

The president of the Los Angeles Air Cargo Association thought the town hall was “very good, very positive, and people were very respectful.” Peter Landon, station manager for Transgroup Global Logistics, said, “most of us knew [the cargo terminal delay] was going to happen, so now we’ve got to work with what we’ve got.”

He called for “all stakeholders” to get involved and contribute to developing more online solutions to getting trucks in and out quickly without blocking dock doors. “LAWA is definitely committed to air freight,” he said. “They understand us.”

Chris Barnett can be contacted chris@cbarnmedia.com.