US ban sparks search for alternatives to trans-Atlantic air cargo

US ban sparks search for alternatives to trans-Atlantic air cargo 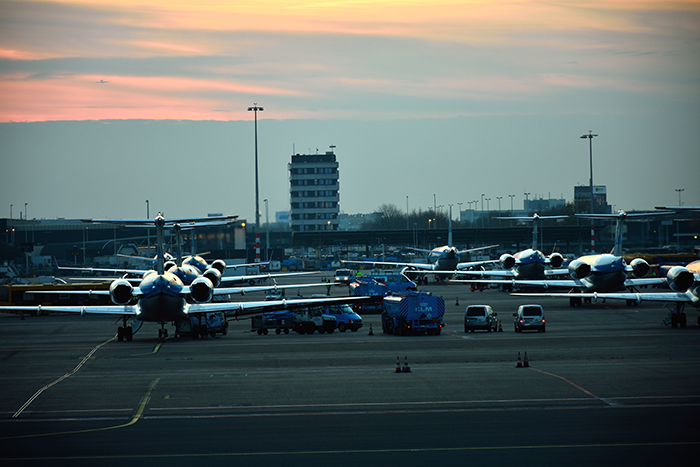 The air cargo industry is scrambling for ways to mitigate the removal of at least half of the freight capacity — forwarders estimate — from the trans-Atlantic trade.

The surprise US decision to suspend passenger flights to and from 12 European countries for 30 days to limit the spread of the coronavirus disease 2019 (COVID-19) was a double blow for airlines already reeling from the suspension of flights from China to North America.

The move could also spur some forwarders and cargo owners to shift shipments to slower but cheaper trans-Atlantic services, but this will be a limited option with container equipment in short supply across Europe and the time-sensitive nature of cargo mostly unsuitable for sea transport.

Forwarders and shippers can turn to freighters, but they’ll find capacity in the bellies of passenger jets increasingly scarce, after US President Donald Trump on Wednesday night announced a travel ban starting Friday. Fortunately, forwarders have learned from the suspension of passenger flights to China, said Christian Sur, executive vice president at Unique Logistics International.

“The flights are canceled, so if the cargo can’t wait, forwarders will be looking for other flights if they are available, or looking at all kinds of sea-air or land-air options,” he told JOC.com. He said cargo could be transported to Asia by rail and then flown on to the United States, or shipped to destinations outside Europe and flown onward. “Canada is still open, so cargo can presumably go through there,” said Sur.

Tim Strauss, vice president of cargo for Air Canada, said there were no restrictions on Europe flights from the Canadian government, so for his carrier, which flies to more destinations in Europe than any other North American airline, it would be “business as usual.”

“But the impact on the market will be phenomenal. The trans-Atlantic trade is consistent through the year and a lot of US carriers have taken lift pulled out of the Asian routes and put that into Europe,” he said.

Last year, there was a total of about 200,000 scheduled flights between the US and the Schengen area, the equivalent of about 550 flights per day, according to data from the International Air Transport Association (IATA). The travel ban will also affect flights from other countries that transit via the European hubs, which would affect air cargo transshipment.

Peter Stallion, an analyst at Freight Investor Services, said the US travel ban was “very bad news for airlines,” and although the capacity squeeze will increase the freight rates, it will not be beneficial to airlines in the affected markets.

“If you consider what has already happened in China, most airlines can’t actually book the cargo as revenue because the capacity is physically not there to provide lift. As such, it’s pay-to-play — where the highest paying cargo will move and nothing else — similar to cargo rolling in the ocean freight market,” he said.

There was a sense of dismay from the air cargo industry at the sudden suspension of passenger travel on the trans-Atlantic, and the prevailing response was one of “wait and see.”

Steven Polmans, chairman of The International Air Cargo Association (TIACA), said if sufficient full freighter capacity could be deployed by the airlines, it will be easier to find cargo solutions in the coming days. On March 5, IATA estimated the coronavirus crisis could wipe out $113 billion of revenue, although the scenario did not include such severe measures as the US and other governments have since put in place.

“It is not that there will be no longer any capacity between Europe and North America, so each airline will have to see if — and how much — cargo might be blocked and work with their customers to see what can be done,” Polmans told JOC.com.

A Lufthansa Cargo spokesperson said the airline is “currently assessing the impact of the recent US Department of Homeland Security’s proclamation’s guidelines on our operations to the United States. Information can be given as soon as this review is completed.”

JOC.com received a similar response from a spokesperson for Kuehne + Nagel, which referred to the current situation as “very fluid,” adding that the forwarder is “in constant exchange with our carriers and customers, to find solutions as quickly as possible.”

Ships begin backing up at NY-NJ amid cargo surge

UP metering domestic intermodal out of Chicago, Memphis