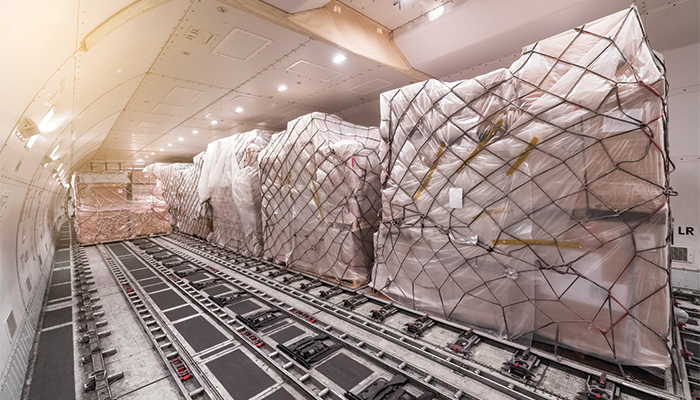 Snowballing cross-border e-commerce and high levels of emergency shipments are driving up demand for air cargo, but some shippers’ intensifying need for speed to market is being threatened by limited capacity on planes in peak periods and at airport hubs.

The industry’s busiest time of the year begins now, and shippers are scrambling for space on aircraft and paying more for their cargo as robust volume in Asia-Europe and Asia-North America trades quickly mop up available capacity.

“Driven by strong e-commerce sales and the build up for holiday season, air capacity is stretched incredibly thin,” said Manel Galindo, CEO of Freightos WebCargo. “The spot market is being heavily impacted by early capacity reservations by forwarders, as well as product launches such as Apple’s iPhoneX release.”

Greg Guillaume, senior vice president strategic development at Atlas Air Worldwide Holdings, agreed that the underlying reason for rising demand was e-commerce, and he labeled it a mega-trend. “Over the longer term, e-commerce will account for an increasing share of retail sales — the mega-trend of our times,” he said.

“Particularly in developed economies, we are seeing that e-commerce often uses express air freight as a mode of delivery to the customer. With the anticipated future expansion of e-commerce in emerging economies, its effect on air freight will drive growth for many years to come,” he said.

Worldwide retail e-commerce sales are expected to reach $2.29 trillion in 2017 and will increase to $4.48 trillion by the end of 2021, equating to 16.1 percent of total retail sales. Consumers in China will generate almost half, or 49.5 percent, of all worldwide e-commerce sales in 2017, according to research consultant eMarketer.

Atlas Air, along with the global carriers, is expecting a strong peak season and continued solid demand through 2018, but when airlines forecast a return to good times, shippers can expect rate increases. The strong demand is leading to packed freighters in the major trades out of Asia, and the high utilization and tight space will push up prices in the last two months of the year and into 2018.

“The divergence in growth rates recently has been extreme — not since 2010 have we seen similar dynamics in supply and demand,” Guillaume said. “Current conditions are leading to a stronger pricing environment, and better capacity utilization, which is cause for optimism in the near term.”

Bjorn Vang Jensen, vice president of global logistics for Electrolux, said his company was active in the air freight market this year, but he is not experiencing tight space constraints. “That may change now that the holiday season is upon us. Rates are definitely a little higher than last year,” he said.

But increasing in tandem with the rising volume of air cargo is the growing need for speed to market. Much of e-commerce goes by air, but the highly competitive nature of modern retail and the complications involved in managing intercontinental supply chains means a huge amount of the freight being transported by air comprises emergency shipments — as much as 50 percent, according to Otto Schacht, senior vice president for global sea freight, at third-party logistics provider Kuehne + Nagel.

This combination of more cargo needing to reach its destination quicker and limited head-haul capacity not only drives up air freight prices, but also leaves shippers, especially those in the trans-Pacific trade, with few options but to build delays into their supply chains with all the inventory costs that brings.

Asia-Europe shippers have the China-Europe rail alternative, but with about 50 trains per week on the Silk Road providing a weekly capacity of approximately 5,000 TEU, the overland connection is at capacity during peak periods. This results in delays and congestion that erase the cost and transit time benefits that are the rail route’s key selling points over air and ocean.

A quick review of the air cargo business this year shows the transport sector has been enjoying something of a renaissance in 2017 after six years of anemic demand. In August 2016, the air cargo industry reached a point that container shipping for a long time has only been able to dream of — growth in demand exceeded the rate of supply as the global economy improved. The solid demand for air cargo has prevailed through 2017.

Data from the International Air Transport Association (IATA) show global air freight markets in September, measured in freight metric ton-kilometers, or FTKs, rose 9.2 percent compared with the same month in 2016. Although this was the slowest pace of growth seen in five months, it was still significantly higher than the five-year average growth rate of 4.4 percent.

“While slower than in previous months, it remains stronger than anything we have seen in recent memory,” was Alexandre de Juniac's, IATA director general and CEO's, description of the September figures.

Air cargo analyst WorldACD said that with a very high yield increase of 12 percent year over year in US dollar-terms, September was another outstanding month for air cargo carriers. “Revenue improved year over year by 21.8 percent, an excellent performance in any business,” the analyst said.

After several months of double-digit growth in 2017, IATA said its forecast of 7.5 percent rise in air freight demand for the year still has “significant upside potential.” That optimism is being expressed across the industry, and confidence is flying high among airline executives.

According to IATA’s October Airline Business Confidence Index that surveys CFOs and heads of cargo, there will be no reduction in air freight volumes over the next 12 months, and the robust demand will support improving profitability.

Improvements in global trade sentiment also have delivered a robust 10.7 percent growth in January through September air cargo volumes for Asia-Pacific airlines, a welcome development for the carriers that account for nearly 40 percent of global air cargo traffic. September demand was up 11.4 percent.

Continuing to stand out is the European region, where airlines posted a 10.3 percent increase in freight demand in September against a capacity increase of 5.6 percent. Concerns that the recent strengthening of the euro might have affected the region’s exporters have not materialized, IATA said. The association said German manufacturers’ export orders were growing at their fastest pace in more than seven years. Freight demand was strongest on the routes to and from Asia and across the Atlantic.

The latest outlook from IHS Markit for air cargo trade tonnage also supports solid increases in Europe trade in 2017. Volume growth from East Asia into the European Union will outpace that into the United States for the first time since 2014. The EU’s economic recovery also shows up in trade with the United States, where exports will benefit from a relatively weak euro. Chemical and related product shipments to North America and food shipments to Asia have been particularly strong out of Europe.

The improving economic conditions in the world’s major consuming markets are good news in terms of air cargo volume, and the recovery also is generating a rapid increase in low-cost and leisure travel. This is placing mounting pressure on capacity at airport hubs and is having worrying consequences for carriers and anyone shipping goods by air.

According to IATA, more than 100 of the 177 capacity-constrained airports around the world are in Europe, and with passenger levels expected to double in the next 20 years, the ability of these airports to accommodate growing freight and leisure flights is being severely tested.

Currently headlining the leisure travel versus air cargo issue is Amsterdam Schiphol Airport, one of the busiest hubs in Europe. Schiphol, like all other major airports, is reaping the benefits of rapidly growing e-commerce. China is already Schiphol’s largest cargo market, and e-commerce is helping to strengthen that position.

“Historically, China is the recognized as the world’s leading manufacturer, but Chinese consumers are increasingly sourcing a wide range of online luxury items from the Netherlands and across Europe. On the back of this demand, a significant trend is for increased imports into China of goods bought on online marketplaces,” said Jonas van Stekelenburg, cargo director at Amsterdam Airport Schiphol.

But threatening to undo all the hard work and investment in cargo infrastructure and services built up over many years is the triggering in September of something known as the 80:20 rule after flight movements at Schiphol grew faster than expected.

IATA issues Worldwide Slot Guidelines to provide the global air transport community with a single set of standards for the management of airport slots. The 80:20 guidelines require any airline that has not used 80 percent of its allocated slots to forfeit them, but the approach does no favors for freighters. Many full freighter flights have difficult flight schedules with multiple stops in one flight, the European Shippers’ Council (ESC) noted, and a delay at a certain airport can affect their entire flight schedule and make them more vulnerable to losing their time slot.

The ESC said the impact of the 80:20 rule was a 20 percent drop in full freighter flights from Schiphol during this winter season from Nov. 1. A major concern is that full freighters ousted from hubs in Europe will have to depend more on secondary airports such as Liege, Maastricht, and Frankfurt Hahn, where environmental restrictions are tougher, proper infrastructure is lacking, and cargo facilities are outdated.

This was highlighted by the ESC, which said infrastructure and handling facilities at the major hubs had all been built up over time, and they were centers of expertise for air cargo. “Frankfurt, Paris, Brussels, and Amsterdam are all leading air cargo airports with a strong level of competition. They are customer-service oriented and are continuously striving for innovation and efficiency of air cargo handling,” the ESC noted.

When the Dutch gateway reached full capacity in September and the 80:20 rule was applied, AirBridgeCargo lost half of its freighter slots and will shift scheduled B747 freighter flights to Liege. Emirates SkyCargo is moving flights from Schiphol to Brussels, Copenhagen, and Frankfurt, and Singapore Airlines is shifting to Brussels.

The ESC had a warning for shippers using air cargo to get their goods to market. “Though we see an increase in shipping through air cargo, handling will deteriorate to a mediocre level through the secondary airports.”

Navigating the Winding Roads This Peak Season & Beyond
END_OF_DOCUMENT_TOKEN_TO_BE_REPLACED