Shippers take to the skies to beat Europe-Asia space constraints

Shippers take to the skies to beat Europe-Asia space constraints 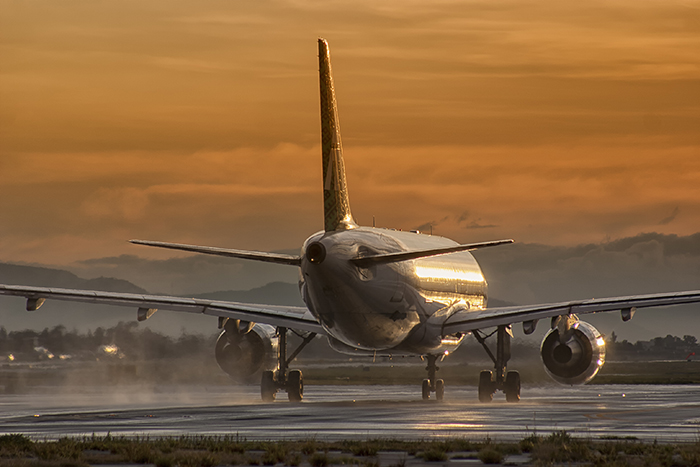 Airlines reported strong volume growth in January and February as shippers struggled to find space on ships to Asia.

SHANGHAI — Shippers are shifting their cargo to the air as the Europe-Asia ocean capacity shortage drives up freight rates on the traditional backhaul sea route.

IAG Cargo has reported a 23 percent increase in air freight volumes on key routes from Europe into Asia Pacific over the first two months of the year compared with the same period in 2016.

David Shepherd, commercial director of IAG Cargo, said the spike in demand came at a time of constraints on sea freight capacity across Asia Pacific routes. He said there was particularly high demand for fashion, spare parts, fresh fish, and leather goods, although the boost was likely to deliver only a short-term positive impact.

Mark Sutch, Cathay Pacific general manager of cargo sales and marketing, said even though cargo volumes for the first half of February were significantly affected by the Lunar New Year factory closures, rebounding trade ensured a full recovery by the end of the month.

He said it was encouraging to see inbound loads from North Europe throughout the month. This demand helped drive cargo carried by Cathay Pacific up 17.4 percent in February year-over-year, and 9 percent for the January-to-February period.

Capacity for maritime shipments from North Europe to Asia has decreased dramatically in the post-Lunar New Year period, occurring with a concurrent increase in demand for shipments to Asia. Forwarders and analysts believe the capacity crunch is mainly being driven by carriers repositioning ships in advance of the rollout of new alliances on April 1.

The Ocean Alliance, THE Alliance, and the 2M Alliance-plus-Hyundai Merchant Marine will provide 17 weekly strings between Asia and North Europe, one more than offered by the four existing alliances (2M, G6, CKYE, and O3), and 420 port pairs.

With such a complete restructuring of the vessel-sharing agreements (VSAs), carriers are having to move ships around to be in place for the April launch of the alliances. The space constraints this has created has had the effect of driving up rates on the backhaul route, with CMA CGM just announcing that its freight-all-kinds rate, or FAK, from Rotterdam to China would be $1,400 per 20-foot-equivalent unit (TEU) from April 16. That is more than $500 per TEU higher than the current headhaul spot rate from Shanghai to North Europe, which is tracked on JOC.com’s Market Data Hub.

Chris Welsh, secretary general of the Global Shippers’ Forum, said the rationing of cargo space by the carriers was forcing shippers to look for other transport options for their products.

“Cargo space is being rationed by carriers. It is causing a lot of shippers to consider other alternatives to ocean freight, such as air or rail. There is huge interest in the China-Europe rail route because of this,” he said.

With such a total restructuring of the alliances, carrier customers are bracing for disruption. “The VSA structures will bring big changes and rough seas are coming in April. As the carriers start to reposition and pull ships out, it is going to cause chaos,” said Ken Sine, vice president of global ocean product at Crane Worldwide Logistics.