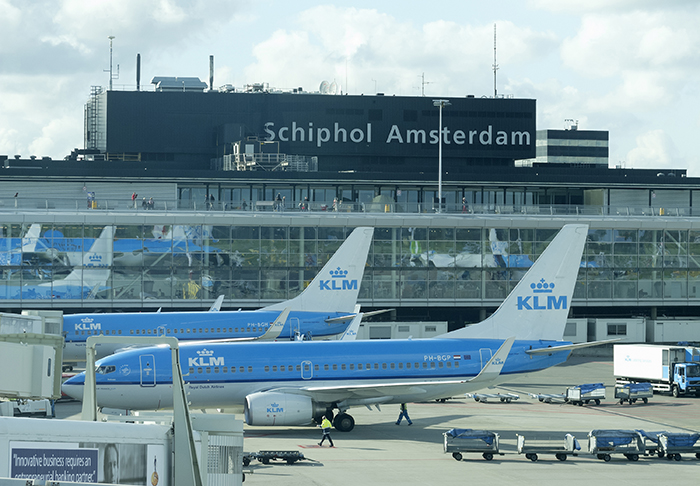 Amsterdam Schiphol airport’s cargo traffic grew 8.7 percent in the first half of the year to an all-time high, driven by rising pharma and e-commerce shipments, and surging full-freighter flights.

Schiphol’s second-quarter results are the latest in a string of strong performances by European airports and cargo airlines that point to a continuation of robust demand growth that began in the latter half of 2016.

Traffic hit a record 148,000 tonnes in June, a year-over-year increase of 9.8 percent, which was driven by strong growth on Asian routes.

The Dutch airport handled an additional 153 full-freighter flights in the first six months of the year.

The Europe-Asia market posted strong growth in the first half, with outbound traffic rising 12.2 percent year over year to 154,866 tonnes and inbound volume up 8.3 percent at 149,836 tonnes.

A strong flower trade boosted inbound Latin American traffic more than 31 percent to 59,817 tonnes, but exports out of Schiphol declined by 6.3 percent to 35,275 tonnes.

North American imports shrank 6.3 percent to 72,739 tonnes reflecting the relatively weak euro, while exports to the region jumped 10.5 percent to 82,379 tonnes helped by the strong dollar.

How to Improve OTIF: 15 Tips for On Time and In Full Delivery
END_OF_DOCUMENT_TOKEN_TO_BE_REPLACED