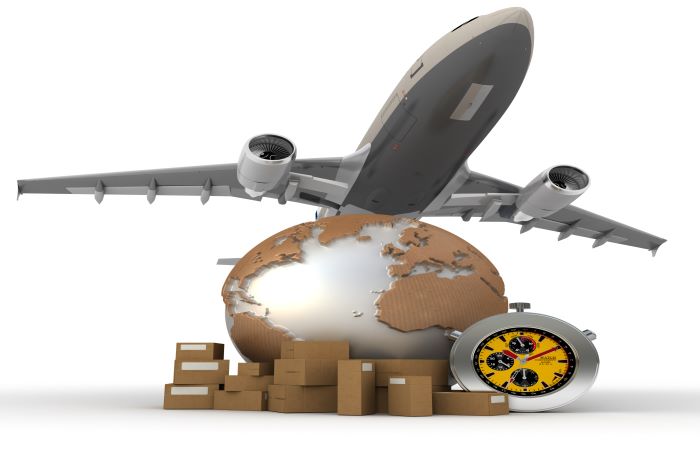 Soaring air freight rates out of Asia as demand for vital medical supplies from western markets battling the global COVID-19 outbreak outstrips capacity are not translating into higher margins for forwarders.

Traditionally low margins are being further depressed by fierce competition among forwarders to secure limited capacity with travel bans grounding most of the passenger fleet on east-west trades and cutting almost half the available air cargo capacity. The high cost of charter flights is further reducing profit margins.

The International Air Transport Association (IATA) said volume fell over 15 percent in March year over year while capacity tumbled 23 percent. Space constraints have persisted through April; in response, air freight prices have hit never before seen levels. Shanghai-Europe rates this week are up 253 percent year over year at $8.79 per kg, and Shanghai-North America rates are up 175 percent to $8.56/kg, according to the TAC Index.

But high rates do not mean higher yields, said Scott McArthur, managing director of Hong Kong’s Myriad Global Logistics. “My company had its best month ever in April, riding the crest of a wave of huge amounts of emergency cargo,” he said. “But we are shipping at single-figure US cents on the kilo.”

A senior Asia-based executive at a European logistics provider said the company was chartering aircraft to handle the high volume of personal protective equipment (PPE) from China and Southeast Asia to Europe, but the high cost of chartering aircraft greatly reduced the profitability of the shipments.

“On the air freight volume front, the situation is very solid,” the source told JOC.com. “We are, for example, chartering seven aircraft a week to fly from China to France. But due to the very high cost of chartering those flights, our margins are rather modest.”

Paul Tsui Hon-yan, managing director of Hong Kong-based logistics company Janel Group, agreed. He said even though air cargo rates have been rising 10 to 15 percent a week over the past few weeks, forwarder margins have remained depressed because cargo buyers have been “thoroughly shopping around the forwarder market to get the most competitive deals.”

“People are fighting for survival until the situation is over,” Tsui said, explaining that Janel has already given staff unpaid leave to reduce costs.

McArthur said it was no secret that both SME and global forwarders were “hemorrhaging money” as they struggle to survive in the current market.

“The question is how long it can be sustained? The survivors of this global depression will be the ones that have taken the right measures, early on, to stem the bleeding,” he said. “There isn’t anyone I know in the industry that is not either suffering or making huge changes.”

The latest forwarder to announce job cuts was DSV, which this week announced that it was laying off 3,000 employees as the coronavirus dragged down volume. Jens Bjørn Andersen, CEO of the Denmark-based forwarder, said he expected data to show the air cargo market had contracted by 30 percent in April.

Faced with tumbling demand, Tsui had a pessimistic view of the future. “I think there will be a substantial number of companies, including manufacturers, forwarders, and truckers, that will go bankrupt in the next one to three months,” he said. “The situation won't improve until one or two months after manufacturers start to receive orders again, and conceivably not until August or September."

Transport Intelligence warned the global freight forwarding market could shrink by 7.5 percent this year as a result of the coronavirus, following a 1.7 percent contraction in the global market in 2019, the logistics industry consultancy said in a report published Thursday.

Michael Clover, Transport Intelligence's head of commercial development, said 2020 was all but guaranteed to be a painful year for forwarders, with the numbers making for some grim reading.

“There are reasons for hope, however, with signs that Asian markets are emerging from the crisis and increasing momentum in Europe and North America behind an easing of restrictions, at least in certain sectors of the economy,” Clover noted in the report. “The obvious hope is that this continues and that we’ll see a bounce in activity and volumes in the second half of the year.”

There is also growing discussion within the logistics industry over foreign companies diversifying their supply chains and shifting some production out of China. The Japanese government announced this week that it would provide the equivalent of $2.2 billion in incentives to encourage Japan-based manufacturers to move out of China.

That came as Fung Business Research, part of the Li & Fung trading and logistics group, said the slump in global demand and likely recession triggered by the coronavirus will weigh more heavily on supply chain stakeholders than a temporary production shutdown.

“While Western retailers are now facing [an] acute liquidity crunch and credit issues, the same problem could ripple through the whole supply chain, pushing thousands of manufacturers, particularly small and medium-sized factories, toward the edge of bankruptcy,” Fung Business Research said in a report released Wednesday. “This could lead to a permanent and structural disruption to global supply chains.”

But it added that while manufacturers may consider a shift away from China, this option now seems unjustified “as all alternative production countries are currently being impacted by the COVID-19 outbreak to varying degrees while China has successfully contained the disease.”

“Shifting sourcing orders from China to alternative production countries in Asia is not a viable solution” for several reasons, the report added. These include the textile and apparel supply chain in Asia being highly reliant on China’s supply of fabrics, garment accessories, and other inputs; some neighboring countries such as Vietnam facing capacity constraints as US retailers have been reducing their exposure to sourcing from China due to the China-US trade war; and other countries, including Bangladesh, not having the same production skills as those available in China.

Pointing to future impacts on freight forwarders as a result of the pandemic, Fung Business Research said manufacturers needed to re-examine their supply chains and improve contingency plans and risk management policies.

“Businesses should avoid an all-in sourcing strategy, which is single-market dependent, and also make sure that back-up suppliers for every part of their supply chain are ready in case of any unexpected events,” the Fung report said. “These mean that production and supply chains now need to be even more diverse and agile.”

The changes in sourcing patterns, and a rush to nearshore production to avoid supply chain issues in the future, would benefit logistics providers such as DSV. “The single source strategy could be under a lot of pressure, but I think it will get more diversified and supply chains will become even more complex,” Andersen said.