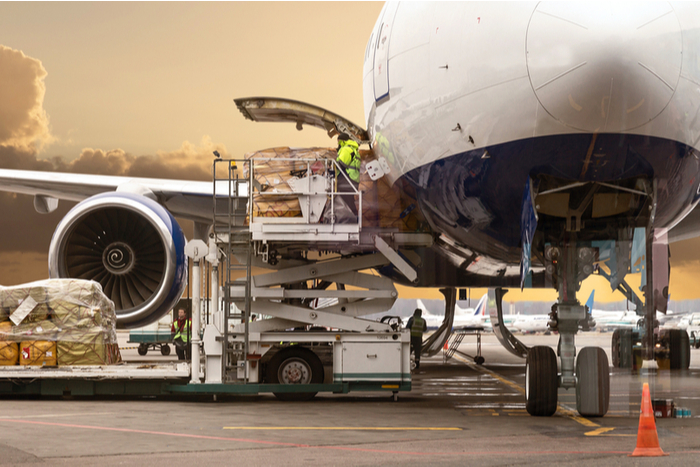 A rapid increase in leisure flights in and out of Europe through April is doing little to add cargo space to the capacity-constrained trans-Atlantic corridor. Photo credit: Shutterstock.com.

The trans-Atlantic air freight market is “red hot” in both directions, with the North America outbound market facing a capacity crunch not seen in decades, according to the head of DSV’s air charter network.

“This extraordinary situation is caused by ocean diversions to the US East Coast from the congested West Coast now causing the same effects in Eastern ports,” Mads Ravn told JOC.com Monday. “We see more ocean to air conversions as a result of long delays and already longer transit times coming out of Asia to the North American East Coast.”

Ports on the US East Coast have been battling waves of congestion for the past year, with overwhelmed terminals leading to intermittent vessel backlogs outside the ports of Charleston, Savannah, New York and New Jersey, and Virginia.

The air cargo space constraints are growing even as available capacity on the trans-Atlantic in April rose above pre-pandemic levels for the first time since early 2020, as a resurgence of passenger travel between Europe and North America injected belly cargo back into the market.

“Since the end of March (Week 13) there has been a pick-up in the number of passenger flights on the trans-Atlantic corridor from Europe to the US as traveler demand picks up and the new summer schedules for passage airlines are implemented,” Peter Sand, chief analyst at rate benchmarking platform Xeneta, said in an April market update.

"However, air freight capacity remains tight, and we still see a shortage of main deck capacity on the trans-Pacific and North Atlantic trade lanes,” he told JOC.com.

This view was supported by Ravn, who said while more capacity has been added to the corridor since April, and additional flights were planned in the coming months, it was unlikely to provide much improvement in the tight space between Europe and North America.

“More leisure travel is, of course, important for getting more belly capacity back in the air, but while the Canary Islands are a great vacation spot, there is little cargo coming in and out, hence these specific flights will not help the lack of supply much,” he said.

“Our prediction in DSV is that the added belly capacity will have an impact, but only to a degree where it offsets the freighter capacity that was pulled with the likes of AirBridgeCargo and CargoLogic exiting the market,” Ravn added.

Russian-owned AirBridgeCargo and CargoLogic have been banned from operating in Europe and the US in the aftermath of the invasion of Ukraine. There are also hundreds of aircraft leased to Russian operators that are stuck in Russia after Moscow allowed Russian airlines to confiscate foreign-owned aircraft, according to consultancy Russel Group.

Lufthansa noted in its first quarter results that global air cargo capacity has been cut by 10 percent because of the closure of Russian airspace, while Kuhne Nagel CEO Detlef Trefzger told analysts during an interim earnings call last week its capacity was down 30 percent on the Asia-Europe route following Russian sanctions.

“Demand has crossed 2019 levels, and rates remain at an elevated level due to the general market situation and fuel prices, as well as demand growth outpacing supply growth,” he told JOC.com Monday.

Rate levels on the North Europe to North America corridor have eased since early April, and at $3.80 per kilogram are down 14 percent year over year, according to the Baltic Air Index.

But Wieringa warned that as soon as the China lockdowns are lifted, space constraints on the trans-Atlantic could deteriorate further as freighter capacity is diverted back to the China trades.

That was a point made by Bruce Chan, senior analyst for global logistics and future mobility/equity research at investment bank Stifel, who said rate levels on the Europe trades have been largely offset by the China “production vacuum” during the lockdowns.

But this could change quickly when China’s backlogged production volume is cleared, with further upward pressure on rates coming from the reduced air cargo capacity on Europe-related lanes, Chan wrote in a Baltic Air Index market update Monday. Also a potential factor, he said: possible slowdowns at US West Coast ports linked to management-labor contract talks that begin Tuesday.

Also taking a cautionary tone was Willie Walsh, director general of the International Air Transport Association (IATA), who said in a market analysis last week that high-value, low-weight goods that tended to move by air were especially affected by the war in Ukraine and the lockdowns in China.

“Peace in Ukraine and a shift in China’s COVID-19 policy would do much to ease the industry’s headwinds,” Walsh noted. “As neither appears likely in the short-term, we can expect growing challenges for air cargo just as passenger markets are accelerating their recovery.”

Canada Trade and Shipping Outlook
TPM22: What We Learned — Container Shipping in the Crosshairs
Managing E-Commerce From Order to Delivery and Beyond
END_OF_DOCUMENT_TOKEN_TO_BE_REPLACED