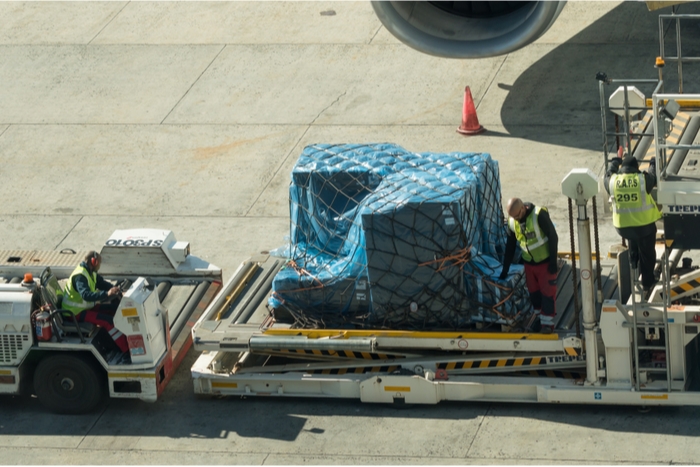 The disruption caused by the coronavirus disease 2019 (COVID-19) is raising big questions on the future of air cargo shipping, as forwarders and cargo owners prepare for a cautious return of capacity and uncertain demand from recession-hit economies.

Most of the available capacity is still dedicated to the transport of urgent personal protective equipment (PPE) and pharmaceuticals, and other items essential to countries fighting the coronavirus. The cargo is being carried by the global freighter fleet, on chartered capacity, and by more than 1,400 passenger aircraft filled only with freight.

But as countries across Europe and North America begin to emerge from lockdowns that in some cases have been in place since early March, attention is shifting to the recovery phase.

“One of [the] lessons coming out of the COVID-19 crisis is the need for all industries and all of society to be flexible and quickly adaptable to new realities,” said Glyn Hughes, global head of cargo at the International Air Transport Association (IATA).

“The second half of 2020 will be about agility, responding to shipper needs with the right capacity being made available. We expect more equilibrium between supply and demand and, therefore, less strain on availability.”

The strain has also been seen on pricing as travel bans in early March grounded most of the passenger fleet, removing almost half the available cargo capacity on key trans-Pacific, China-Europe, and Europe-North America trade lanes. That immediately began to push up air freight prices that reached levels out of China never before imagined in what Jens Bjørn Andersen, CEO of Denmark-based DSV, called “a Wild West spot market” during a first quarter earnings call with analysts.

However, Hughes said urgent medical shipments were expected to slow in the coming months. “Over the same period, we can expect to see more and more economies and manufacturing opening and thus the demand for components and sub-assembly items may again turn to air cargo while more traditional maritime supply chains take time to ramp up.”

With air cargo space likely to remain at a premium for some time, shippers are making use of cheaper modes of transportation, such as expedited ocean services on the trans-Pacific, and rail from China to Europe.

For instance, in a direct response to the coronavirus-related decline in air and ocean capacity, less-than-container-load (LCL) consolidator ECU Worldwide in late March launched an LCL express service it said was aimed at forwarder customers and non-vessel operating common carriers (NVOs) on the trans-Pacific. The service offers a port-to-port transit time of 10 days via liner carrier Matson Navigation’s existing China-Long Beach Express service.

The increase in air freight prices have also strengthened the value proposition of the China-Europe rail route, with strong demand for services over the land bridge as shippers struggle with extensive ocean cancellations and balk at sky-high air freight rates.

Restocking plans up in the air

But as recession-hit consumers emerge from their lockdowns, there is little certainty that they will be in any mood to spend, and whether retailers that have been closed for months with no foot traffic and limited sales will need to replenish inventory.

In a recent market update, derivatives broker Freight Investor Services (FIS) highlighted some of these concerns, concluding that volatility and uncertainty would remain the only real constants for the time being.

“Is there a normal cargo inventory scarcity? Where is there inventory oversupply, and in which industry sectors? And how much production will move out of China in the coming months?” FIS asked.

Seasonal stocks that have missed their sales windows will be another challenge for retailers, Kuehne + Nagel CEO Detlef Trefzger told JOC.com in a recent interview. He said retailers of seasonal products would be forced to offer large discounts or their goods would remain unsold.

“There will be a couple of seasons that will be missed because of the lockdowns, so there will be many products that retailers will not be able to sell,” he said, calling the second quarter “a lost quarter.”

Brick-and-mortar retailers may have lost their second quarter, but air cargo supply chains have been well supported through the lockdowns by e-commerce shipments that have grown strongly. In the UK, for example, the Office of National Statistics reported that online spending in April as a proportion of all retail sales rose to a record 30.7 percent. A UK Royal Mail survey found the majority of respondents to their poll planned to continue the same level of spending once the lockdown ended.

While the return of demand for air cargo will be uneven as countries and regions reopen at different stages, there appears to be slightly more clarity around capacity. IATA is expecting a slow return of passenger operations over the summer, which will then accelerate through the third and fourth quarters.

“As the passenger fleet resumes service there will be a gradual phasing out of the passenger-aircraft-for-cargo-only operations, although until full global connectivity is resumed, we still anticipate seeing some of these operations continue,” Hughes said.