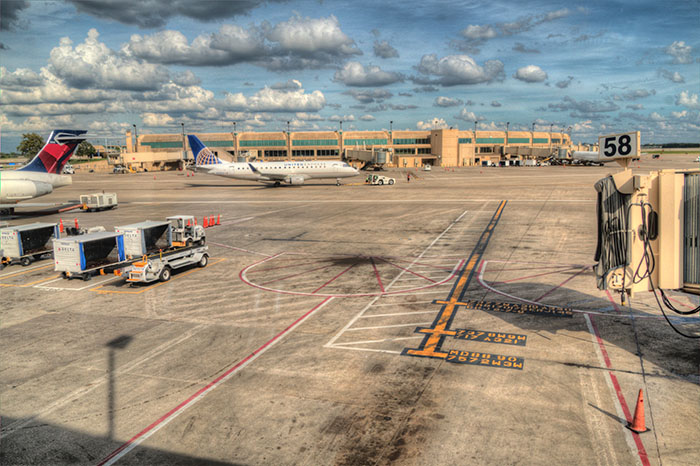 E-commerce providers, a category of shipper that includes Amazon and other pure e-tailers as well as more traditional retailers that sell online as well as in stores, compete on last-mile delivery speed and require a transportation network that addresses speed. By using such a network that incorporates a faster form of transport such as air cargo, e-commerce providers are likely to achieve the desired last-mile delivery speed.

“Package volume is continuing to grow, and we need additional space. E-commerce is certainly a large part of it,” Jim Mayer, public relations manager for UPS Airlines told JOC.com.

UPS is expanding its presence at the Kansas City International Airport, including extending the ramp from two aircraft parking spots to five. Mayer said that additional sorting capacity, which will increase from 1,500 to 5,000 parcels per hour, will offer the potential for getting express packages out for delivery earlier.

Mayer also pointed out the potential for later deadlines for pickups in the Northern Indiana region because the time to drive packages 45 miles to Chicago’s O'Hare International Airport will not be a factor.

UPS’s domestic air market comprises UPS Worldport as its primary hub along with additional hubs located at Philadelphia; Dallas; Ontario, California; and Rockford, Illinois. UPS also operates in a number of smaller airports such as Kansas City and Gary/Chicago International Airport, which are helping to serve an increasing demand for faster delivery of mostly e-commerce related goods.

The growth in Next Day Air has also significantly benefited from the addition of Amazon as a customer after FedEx ended its express and ground contracts with the e-commerce behemoth in 2019.

Although UPS is an Amazon air cargo partner, Amazon has similar relationships with Atlas Air, ATSG, and Sun Country. It is also following a similar strategy as UPS to build out a domestic air network to faster delivery times.

Amazon plans to shorten last-mile delivery times from two days to one day for its Prime membership. As part of this plan, announced in 2019, Amazon Air’s network will play an important role in reducing delivery times to its fulfillment and sortation facilities.

Amazon’s primary air hub is at Cincinnati/Northern Kentucky International Airport with additional hubs located at the Chicago Rockford, Baltimore/Washington, Miami, and Dallas Fort Worth international airports. In total, Amazon Air operates at 33 domestic airports, according to a JOC.com analysis of publicly available information on Amazon’s network.

Lakeland Linder International Airport, located near Tampa, Florida, is the most recent airport added to Amazon’s growing list of airports. JOC.com estimates there are at least five Amazon fulfillment and sortation facilities within the Lakeland/Tampa area.

As UPS and Amazon expand and enhance air cargo capabilities to support e-commerce requirements, other air cargo providers will likely follow, including perhaps passenger airlines. As people continue to remain leery of air travel, passenger airlines have told JOC.com they may turn to similar express services as a means of survival.