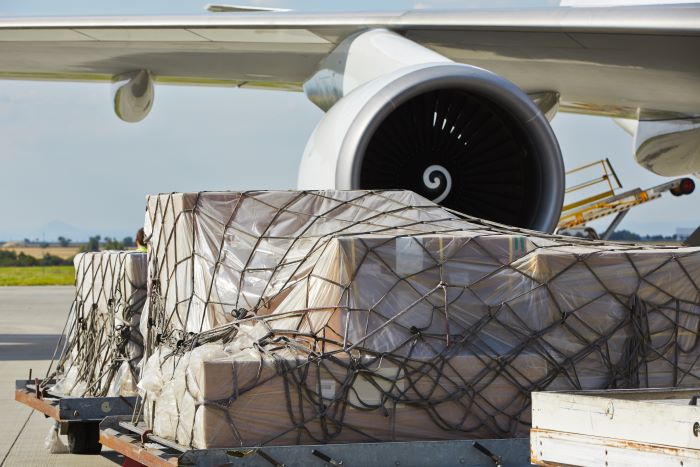 CLIVE Data Services Wednesday said volumes climbed 8 percent from June to July, even as year-over-year performance was down 20 percent. Still, the year-on-year figure was an improvement from year-over-year declines of 26 percent, 31 percent, and 37 percent, respectively, in April, May, and June.

The three largest express providers — DHL Express, FedEx Express, and UPS — all reported strong signs in the express sector in their most recent earnings reports. According to DHL Express, volumes recovered gradually as the second quarter progressed.

Despite declines in international revenue and volume through the period ended May 30, FedEx Express plans to “actively pursue opportunities to increase both market share and revenue quality” in its international air products, it said.

“With freighter capacity now accounting for 75 percent of total air capacity in the trans-Atlantic lane, FedEx capacity remains a premium,” FedEx president and COO Raj Subramaniam said on the company’s earnings call in late June. “Increasing international profitability is a major priority for us and Europe is our biggest opportunity.”

CLIVE data suggests that lane is picking up. For the week ended August 2, the regional year-on-year dynamic load factor analysis finds that North America to Europe increased 21 percent, while Europe to North America was up 19 percent. The increase is probably due to Europe easing COVID-19 restrictions, inventory restocking, and as UPS observed on its earnings call — cross-border e-commerce demand.

A 10 percent year-over-year gain in CLIVE’s regional dynamic load factor analysis for Asia to Europe and the Middle East for the week ended August 2 was probably also due to the lifting of containment restrictions and cross-border e-commerce.

What is not included in CLIVE’s analysis is the trans-Pacific. FedEx and UPS expect that lane to continue to be busy, and one that FedEx Express hopes to gain market share in as well. Both FedEx and UPS reported strong gains in the lane. FedEx noted that its Asia volumes strengthened throughout its quarter ended May 30 as demand rebounded “significantly” after lockdowns were eased and “belly capacity on passenger airlines continues to be severely constrained.” UPS reported in its second quarter earnings that Asia outbound volume rose in April, peaked in May, and moderated in June. Overall, Asia outbound volume grew 46.8 percent in the quarter and went up by double digits to all major regions of the world.

“Our market analyses for July, especially compared to what we were reporting a few months ago, shows the gradual but consistent climb up the slope to recovery for the air cargo market is continuing,” CLIVE managing director Niall van de Wouw said in a statement. “This is obviously no ‘V’ shape recovery, but even as additional capacity comes into the market with the return of more passenger services, cargo volumes are showing some reassuring resilience.”

Despite the return of passenger services, FedEx anticipates it will take at least 18 months for overall air cargo capacity to return to pre-COVID levels. But that could prove to be optimistic as the COVID-19 pandemic continues to flare up around the globe.

Global Shipping Outlook: A Sneak Peek at 2021
Port Performance North America: Managing Cargo Flow During a Pandemic — and Beyond
END_OF_DOCUMENT_TOKEN_TO_BE_REPLACED