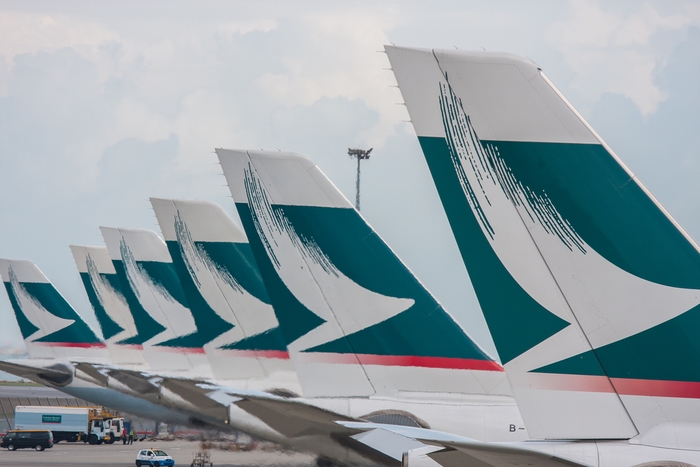 The annual AAPA Assembly of Presidents event, to be held in Hong Kong next week and hosted by Cathay Pacific, has been called off because of escalating protest action in the city. Photo credit: Shutterstock.com.

An influential annual gathering of CEOs and senior executives from Asia-Pacific airlines scheduled for Hong Kong next week has been canceled as violent protests continue to rock the world’s busiest air cargo hub.

The 63rd Assembly of Presidents, organized by the Association of Asia Pacific Airlines (AAPA), was set for Nov. 21-22 with Cathay Pacific as the host carrier, but both the AAPA and Cathay Pacific decided to cancel the event.

“This was a difficult decision, given our commitment to organize this important industry event, but reflects the unpredictability of the situation in Hong Kong,” the AAPA said in a statement Wednesday.

Presidents and CEOs of Asia-Pacific airlines gather annually to set priorities for aviation in the region, including digital strategies, decarbonization, safety, and security for passenger and cargo traffic.

The event cancelation coincides with a sharp drop in Cathay Pacific’s cargo and passenger traffic through Hong Kong. Cargo carried by Cathay and its sister airline Cathay Dragon was down 5 percent in September year over year, while the revenue measured in freight ton kilometers fell 6 percent compared with the same month last year. For the January through September period, cargo tonnage is down almost 7 percent.

Ronald Lam, Cathay Pacific chief customer and commercial officer, said this was a challenging time for both the Cathay Pacific Group and for Hong Kong. After reducing its passenger flight capacity by 2 to 4 percent in August and September, the capacity will be slashed by 7 percent in November and December, which could impact belly cargo demand during the upcoming peak season.

As the largest air cargo hub in the region, Hong Kong will benefit from rising volume through the November and December peak seasons, and despite the poor September performance, Lam was relatively upbeat about the demand for the rest of the year.

He said demand picked up after the Oct. 1 China National Day holidays and he was seeing encouraging exports from mainland China and Hong Kong, especially into trans-Pacific and European markets. “We anticipate this positive momentum continuing through mid-December,” Lam said in Cathay Pacific’s monthly review of traffic figures.

Weak September air cargo demand was not restricted to Hong Kong, with the AAPA reporting that its member airlines carried 6.5 percent less cargo during the month year over year on the back of continued weakness in external demand. Load factors in September fell 4 percentage points to 60 percent.

Andrew Herdman, AAPA director general, said airlines were facing an increasingly challenging economic and trade environment, which was being reflected in the demand.

“Unresolved trade frictions have undermined business confidence and disrupted global supply chains. Asian airlines saw overall demand for air cargo fall by 5.8 percent during the first nine months of the year, with the outlook remaining subdued in the near term,” he said in a statement.