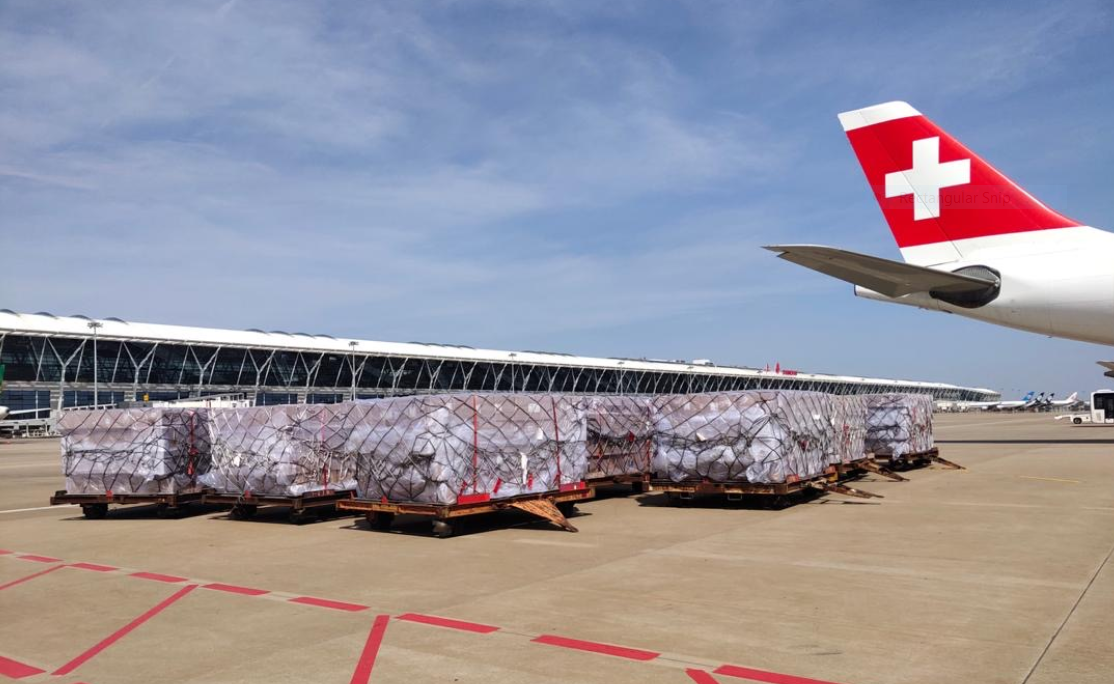 Air cargo capacity is maxed out and can’t meet current demand for vital medical supplies needed to fight the coronavirus disease 2019 (COVID-19), according to the International Air Transport Association (IATA). And even when relief efforts wane to allow non-essential shipments, it’s unclear just how much air cargo demand will remain, the group said.

“While there is an immediate capacity shortage, the collapsing economy is expected to further depress overall cargo volumes,” said Alexandre de Juniac, IATA’s director general and CEO. “The recession will likely hit air cargo at least as severely as it does the rest of the economy.”

The air cargo industry is facing an increasingly uncertain future as countries across Europe and North America begin taking the first tentative steps toward reopening economies that have been locked down for the last two months in the battle against the coronavirus.

But questions abound whether recession-hit consumers are prepared to spend once retail outlets reopen. And if they do, will there be enough air cargo capacity for electronics, apparel, and perishables, considering there is unlikely to be any rapid resumption of passenger flights and the belly cargo space they provide?

De Juniac pointed to recent forecasts by the World Trade Organization (WTO) that do not suggest a quick recovery. The optimistic scenario from the WTO is for a 13 percent fall in trade in 2020, while the pessimistic scenario predicts a 32 percent decline, which de Juniac said will deeply impact air cargo’s prospects.

Before the air cargo industry can even tackle these uncertainties, it must first deal with the critical space shortage that has developed with most of the world’s passenger fleet parked on runways around the world, keeping 44 percent of global cargo capacity out of service.

“Volume fell by over 15 percent in March compared to the previous year, but capacity plummeted by almost 23 percent,” de Juniac said in a market update this week. “The gap must be addressed quickly because vital supplies must get to where they are needed most.”

As demand outstrips available capacity, air freight prices have soared. Shanghai-Europe rates this week are up 253 percent year over year at $8.79 per kg, and Shanghai-North America rates are up 175 percent to $8.56/kg, according to the TAC Index.

Among the industries requiring air cargo and devastated by measures taken to combat the coronavirus is the cut flowers sector. It is an enormous market, with the export value of market-leading Dutch flowers and plants valued at 6.2 billion euro ($6.7 billion), according to Michel van Schie, a spokesperson for Royal FloraHolland, a Netherlands conglomerate of florists and one of the world’s largest auction houses.

The horticulture industry is such a critical economic contributor that the Dutch government this week announced a 600 million euro ($650 million) emergency fund for losses in the period March 15-June 15.

Van Schie told JOC.com the first impact of the coronavirus on the industry was when Italy went into lockdown in early March, but the situation quickly deteriorated after the US travel ban on March 12 grounded trans-Atlantic passenger flights, slashing demand.

“That was a signal with great impact. The next day, Friday, March 13, 20 percent of the supply at our auction remained unsold and had to be destroyed,” he said. “On Monday [March 16] the market collapsed with 50 percent of unsold flowers and prices just above the minimum. A lot of direct orders were canceled.”

The auction house quickly restricted supply, with growers instructed to bring just 30 percent of their regular supply as demand fell in Europe and the markets of France, Italy, and Spain were closed.

“The loss of turnover at our marketplace in the last two weeks of March was estimated to be 175 million euro ($190 million),” van Schie said.

While international demand plummeted, erasing 85 percent of the export business, van Schie said local demand remained for flowers in Holland and Germany, and this was now expanding gradually to other countries in Europe that are beginning to reopen.

But as the international markets slowly reopen, the flower industry is now facing air cargo capacity challenges. Kenya is one of the largest suppliers of cut flowers to its main markets in Europe, with its cargo transported by passenger flights.

Prior to the coronavirus outbreak, the capacity available per week between Kenya and Europe was about 5,000 tons, but by mid-April that had fallen to 1,300 tons for all commodities — flowers, fish, and vegetables. Yet, the current demand for exports was 3,500 tons per week, according to the Kenya Flower Council.

The council’s CEO, Clement Tulezi, said the decline in global passenger flights, including the 70 percent suspended by national carrier Kenya Airways, has significantly raised demand for freighters, with even $1 million charters in high demand.

“Airlines have increased their rates tremendously. They are currently charging more than double the initial cost from Nairobi to most market destinations,” Tulezi said in a statement. “Exporters are unable to meet these exorbitant prices.”

KLM is adding additional flights on passenger aircraft this week from Nairobi to Amsterdam, and Ethiopian Airlines will be running two flights between Addis Ababa and Liege in Belgium.