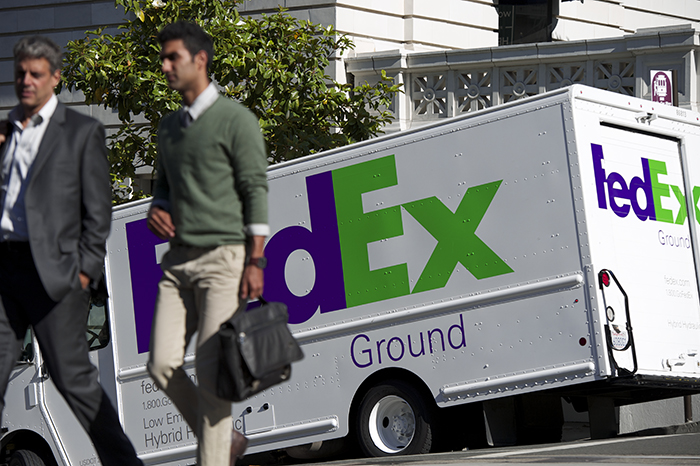 A steady influx of e-commerce shipments on the ground gave FedEx lift in the quarter that ended Nov. 30, despite weakness in global trade and faltering U.S. industrial production.

FedEx’s net profit also rose 5.5 percent to $729 million, thanks to higher volumes and base rates at FedEx Express and FedEx Ground. FedEx Freight revenue and profit dropped from a year ago, as expenses outstripped revenue that was diluted by lower fuel surcharges.

FedEx Ground package volume rose 9 percent from a year ago to 7.6 million packages a day in the quarter, and was up 7 percent over the first six months of FedEx’s fiscal year.

The air express operation struggled with lower fuel surcharges and unfavorable currency exchange rates, thanks to the strength of the U.S. dollar against other currencies. Even so, the express division increased its operating profit 26 percent year-over-year to $622 million.

FedEx Freight, the industrial trucking arm of FedEx and the largest U.S. trucking company, reported lower revenue than the previous or year-ago quarters, with revenue falling approximately $40 million from $1.59 billion a year ago to $1.55 billion in this year’s Nov. 30 quarter.

The less-than-truckload carrier had $1.6 billion in revenue in the previous quarter, which ended Aug. 31. The volume of average daily LTL shipments increased 1 percent but revenue per shipment fell 3 percent, as higher base rates failed to offset lower fuel surcharge revenue.