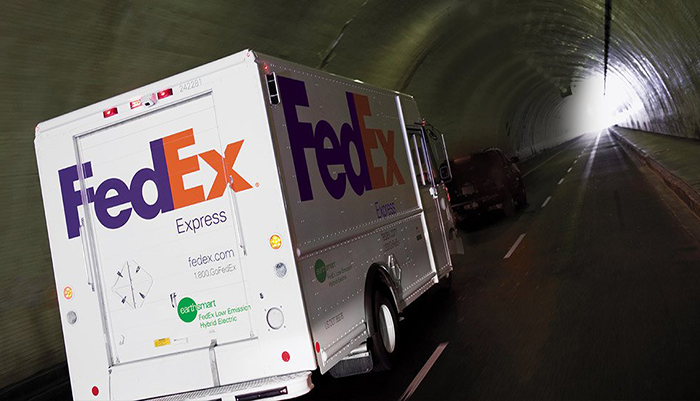 “We are doubling down our commitment to the TNT integration,” Alan B. Graf Jr., the executive vice president and CFO, said during an earnings call with Wall Street analysts. “We believe the TNT acquisition will be transformative,” not just for FedEx, but the global logistics industry, he said.

“We have seen almost immediate benefits as we begin the integration,” Graf said. “In the US and Canada, we are migrating TNT volume, formerly handled by third-party carriers, into the FedEx portfolio. We’ll complete that transition by the end of fiscal year 2017 (next May 31).”

At the end of that transition, FedEx expects to gain greater global lift, on the ground and in the air, from its $4.8 billion TNT Express deal. In the quarter that ended Aug. 31, total revenue increased by $65 million to $14.66 billion, while net profit rose 3.3 percent to $715 million.

FedEx incurred $68 million in TNT Express-related integration costs, along with an additional $28 million in intangible asset amortization expenses. FedEx founder Frederick W. Smith ranked the TNT acquisition with the purchase of Flying Tigers in 1988 and Caliber/RPS in 1997.

“What’s a little different is that those acquisitions gave us a presence in new markets,” both in international air cargo and ground parcel and trucking, the chairman, president, and CEO of the second-largest US transportation company said. With TNT Express, “we’re going to get synergies just putting the companies together and we’ll build additional profitability on top of that,” he said.

TNT didn’t add profitability in the quarter, the first of FedEx’s 2017 fiscal year, but it did contribute an additional $1.8 billion in revenue. FedEx Express revenue increased 1.1 percent to $6.6 billion on improved base yields, higher package volume, and increased freight pounds. US domestic package revenue rose 3 percent, driven by a 1 percent increase in volume.

FedEx Freight, the largest US industrial trucking operator, made impressive volume gains in what’s been a slow period for its less-than-truckload competitors. Total LTL shipments per day rose 7.9 percent in the June through August quarter, led by a 9 percent increase in priority shipments. Demand for economy shipments rose 5.3 percent year-over-year.

“Continued strength in shipping volume is driven by our outstanding sales efforts with small and medium-sized customers,” Michael L. Ducker, president and CEO of FedEx Freight, said. “We also saw increased demand from our larger customers during the quarter.”

Smith stressed that the company’s global express freight business is also growing, and will be fueled by the acquisition of TNT Express’s ground delivery network in Europe. TNT has “an unduplicated freight network in Europe,” Smith said. “Their ability to move these pallets very fast throughout Western Europe is an extensive advantage.”