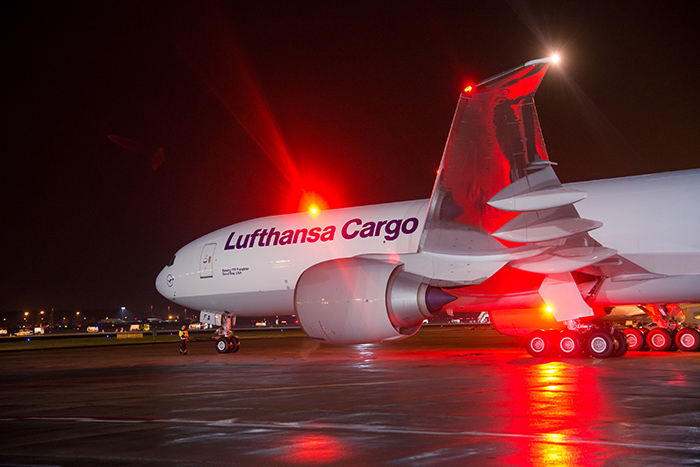 LONDON – Lufthansa Cargo is heading for its first annual loss in six years after Europe’s largest freight airline sank into the red for the second consecutive quarter.

The German carrier’s earnings before interest and tax declined to a negative 22 million euros ($110 million) in July-September from a positive 24 million euros a year earlier.

The load factor declined by 4.7 percentage points to 62.4 percent.

Global airfreight demand picked up in the first quarter but lost momentum in the following two quarters, Lufthansa said.

“Competition on global airfreight markets remains intense,” with airlines in the Middle East and Turkey boosting their capacities due to their many additional passenger aircraft.

Lufthansa said it will trim its fleet in response to the “still difficult market conditions."  The number of active MD-11s will be reduced from 14 to 12 alongside its fleet of five new Boeing 777 freighters, the last of which was delivered in February.

The carrier said its partnership with All Nippon Airways between Japan and Europe struck in December 2014 “has already proved its worth after just a few months.”

Lufthansa Cargo was one of the few consistently profitable European freight airlines during the global market downturn, amassing earnings of 841 million euros in the past five years.

The carrier now expects an adjusted EBIT of 1.75 billion-1.95 billion euros against a previous forecast of over 1.5 billion euros.

But Lufthansa CEO Carsten Spohr warned prices remain under pressure and further cost savings were need. “We cannot expect to fly for too long with a tailwind of low oil prices. So we must continue to work hard on the competitiveness of our cost structures.”

The carrier has already identified 1 billion euros of savings for 2016, Spohr said.