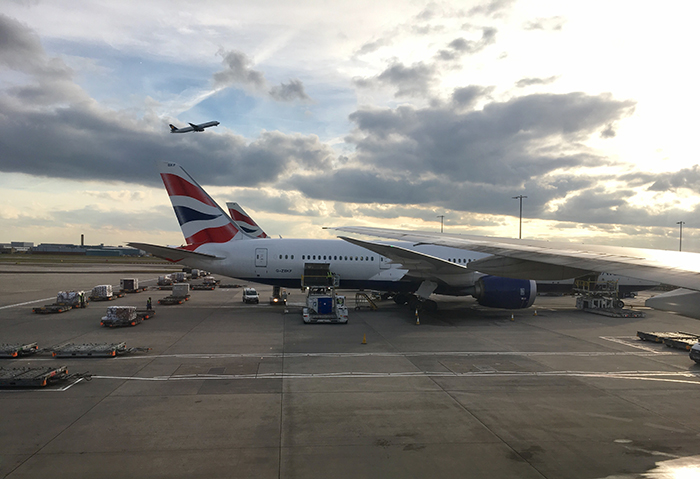 IAG Cargo's traffic to Asia from Europe grew nearly eight times as fast as traffic in the opposite direction.

IAG Cargo said it has experienced a boom in air freight demand on key routes from Europe to the Asia-Pacific region since the beginning of the year thanks to current capacity constraints on container ships.

“This spike in demand comes at a time when constraints on sea freight capacity across Asia-Pacific routes have been widely reported,” said David Shepherd, commercial director at IAG Cargo.

“While this boost is likely to deliver a short-term positive impact, we believe our network makes us well placed to demonstrate the long-term value air cargo can offer to forwarders.”

Other airlines, including Cathay Pacific, also reported higher volumes in the first quarter as a result of tight ocean capacity.

IAG’s tonnage from Europe to the rest of the world, by contrast, grew by a modest 4 percent while traffic out of the Asia-Pacific region increased by 6 percent in the first two months of the year.

The Europe-Asia air freight boom was triggered by a disruption on the ocean routes as container lines slashed sailings on the westbound leg during and following the Chinese New Year in January with some reportedly turning down bookings for up to six weeks through mid-April.

The sea freight capacity crunch is also blamed on carriers repositioning their vessels as they reshuffle sailing schedules ahead of the launch of two new alliances — THE Alliance and Ocean Alliance — on April 1.

The Europe-Asia air freight boom follows a surge in trans-pacific traffic from September through December following the collapse of Korean carrier Hanjin Shipping at the end of August that helped boost global traffic in 2016 by 3.8 percent to a five-year high.

The global rally continued into January with traffic up 6.9 percent year-on-year, due to strong growth in Europe and the Middle East — and probably the early timing of the Chinese Lunar New Year — according to the International Air Transport Association.