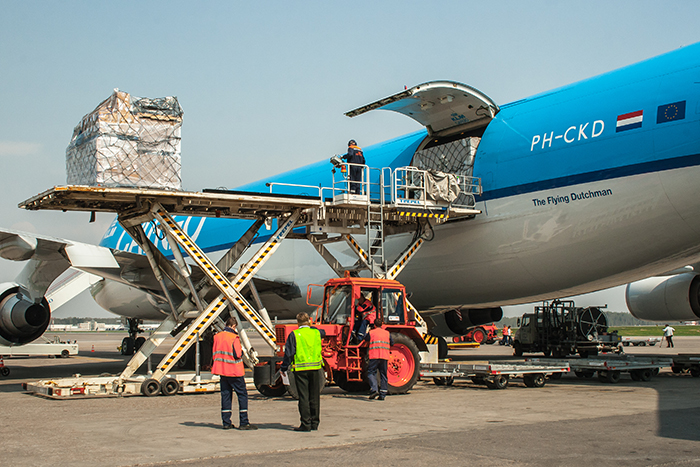 European airlines, which accounted for half of the increase in global traffic to a five-year high in 2016, are continuing to post strong growth figures and keeping pace with the resurgent Asia-Pacific carriers.

Lufthansa Cargo’s traffic, measured by revenue tonne kilometers, surged 13.3 percent in March; International Airlines Group — the owner of British Airways, Iberia, and Aer Lingus — was up 6.6 percent; and Air France-KLM’s volume was 5.6 percent higher despite the continued reduction in its all-freighter operations.

The traffic rebound, which looks likely to continue through the year, albeit at a more modest pace, will help improve the industry’s battered bottom line — Air France-KLM posted an operating loss of 224 million euros ($240 million) in 2016 and Lufthansa Cargo sank 50 million euros into the red, its first loss in six years.

The mini-boom is being driven by several factors, notably the double-digit growth rate in cross-border e-commerce trade, which depends heavily on air cargo, as “customers in the internet age are demanding almost immediate fulfilment of their orders,” according to the International Air Transport Association (IATA).

High-value specialized cargo is also showing great potential, particularly the transport of temperature-sensitive healthcare goods such as cold chain and biopharma products that are typically shipped by air.

Currently $12 billion is spent worldwide on cold chain biopharma logistics, and this is estimated to rise to $16.7 billion by 2020, IATA says.

European carriers are also benefiting from “local” factors, mainly the continued weakness of the euro, which is boosting export orders, particularly in Germany, coupled with the slump in the pound sterling following the UK’s vote to quit the European Union last June, which has made British products significantly more competitive.

European airlines are also making hay from the temporary shortage of space on container ships heading for Asia after the two new shipping alliances rejigged their networks. IAG attributed the 23 percent surge in its Europe-Asia traffic — especially fashion products, leather goods, fresh fish, and spare parts — in the first two months of the year to the container capacity crunch.