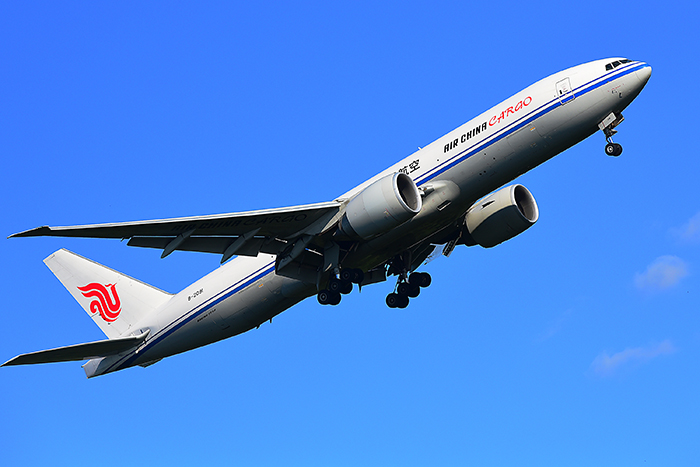 Air cargo traffic is booming worldwide, but especially to and from Asia. Photo credit: Shutterstock.

Cargo owners unfortunate enough to require urgent air cargo shipments from China to the United States over the next three weeks could be facing freight rates as high as $17 per kilogram as capacity on the major trade routes quickly fills up ahead of Lunar New Year.

Manel Galindo, CEO of Freightos WebCargo, said most China-US pricing was currently in the $6 to $7 per kilogram band, but with the high demand for air cargo continuing to place available capacity under pressure, this was sure to increase in the run up to the Lunar New Year, which begins on Feb. 16.

“At this point, I’d predict prices to jump to $10 to $12/kilogram as we get closer to Chinese New Year, with urgent shipments facing prices in the $10 to $17 bracket,” Galindo said.

Much of the growth in the air freight market has been driven by e-commerce, which is being regarded as a long-term trend. The rapid growth of e-commerce in 2017 led to traditional shippers of air freight, as well as emergency shipments, all competing for limited space.

Angus Hind, air, sea, and logistics director at London-based Europa Worldwide, said the forwarder’s air freight growth had been “massive” over the last year with strong volume during the peak season.

“We haven’t seen a peak like this for many years. The rates are sky high, especially rates from South China” he told JOC.com. “Rates out of Shanghai are coming down a bit but will rise again up to Chinese New Year.”

Sanne Manders, Flexport COO, said the growth of e-commerce sparked air freight capacity shortages on core trade lanes and drove air freight rates to record highs. After years of having to eke out a living on wafer-thin margins, carriers are expected to try hold on to their new found profitability.

“The space constraints have made the spot market so much more profitable than block space, that we expect airlines to hold the line on capacity growth and block space allocation, especially on the trans-Pacific, in order to maintain yields from [the fourth quarter] into 2018,” he said.

To ensure capacity on the routes where space is most constrained, Flexport will begin regular 747F charter flights from Hong Kong to the US West Coast in this first quarter.

Sebastiaan Scholte, chairman of The International Air Cargo Association, said airline load factors and yields have improved and air cargo revenue in 2017 rose by 15 percent compared with the previous year. Revenue is expected to grow by an additional nine percent in 2018.

It is not only high rates that are being forced on shippers. The steadily growing cargo volume, air and ocean, has come after a protracted period of weak demand, excess capacity, and deep cost cuts, leading to congestion at ports, roads, and airports, delaying shipments and adding to costs.

“Rates of relative labor-intensive ground handlers and transport companies have been squeezed over many years, forcing these companies to cut to the bone, which has resulted in a capacity shortage in many airports over the last six months,” Scholte said.

The pressure on Frankfurt, and other hubs in Europe, will not go away. The International Air Transport Association has predicted that rapidly rising passenger and cargo demand could see hundreds of airports reaching capacity in the next 10 years, with most of the Europe gateways among these.