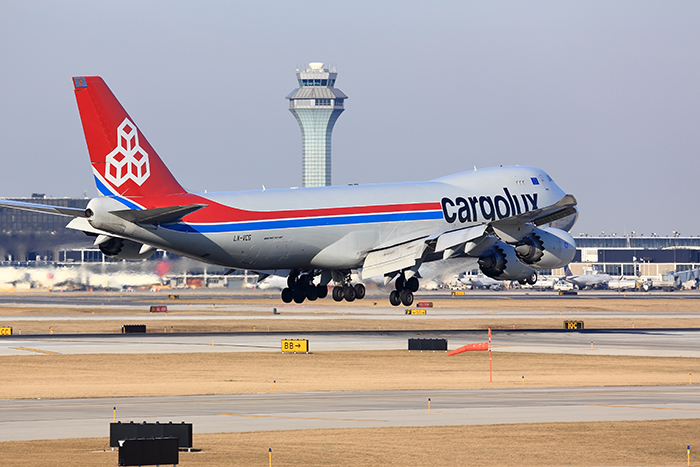 Cargolux has struggled to be profitable since 2011.

The Luxembourg-based carrier’s profit fell to $5.5 million from $49 million a year earlier as revenue slipped to $1.7 billion from $1.86 billion.

The results were “excellent” in a year dominated by “worryingly low yields, fierce competition, and overcapacity,” according to Richard Forson, Cargolux president and CEO.

The carrier developed operations to and from Zhengzhou, which has surpassed Shanghai as its largest hub in mainland China, with services to and from its Luxemburg hub complemented with two way trans-Pacific flights to Chicago.

Cargolux, in which China’s HNCA group has a 35 percent stake, has struggled to post profits in recent years apart from the $49 million booked in 2015, which was largely due to a sharp fall in fuel prices and the congestion in US West Coast ports that prompted shippers to switch to air cargo.

Forson last year revealed the company is undertaking a strategic review that could lead to some “hard” decisions as it competes with “extremely aggressive” rivals in a market that has seen steady declines in freight rates.