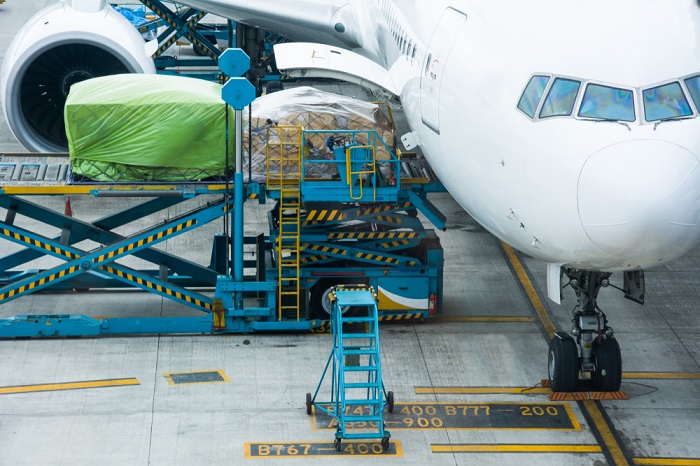 Andrew Herdman, director general of the Association of Asia Pacific Airlines, said the peak air cargo shipping season, currently under way, was not yet showing a shortage of capacity. Photo credit: Shutterstock.com.

JEJU, South Korea — Asian airlines have moved to allay shipper fears of chronic space constraints this peak season and believe belly cargo and flexible freighter flights should be able to handle cargo owners front-loading shipments ahead of the Jan. 1 round of US trade tariffs on China. But the Association of Asia Pacific Airlines (AAPA) and two of its member carriers warned that it was becoming very difficult to predict demand beyond the peak season.

Andrew Herdman, director general of the AAPA, said the peak air cargo shipping season, currently under way, was not yet showing a shortage of capacity.

“In the short term, load factors are actually edging down, which is an indication that additional capacity is available. The tariffs are stimulating the trans-Pacific and there could be pressure, but there is additional flexible capacity on many of the major routes,” he told reporters at the association’s annual gathering of airline executives.

Cathay Pacific has just released its September cargo figures that show a growth of 1.7 percent year over year, and CEO Rupert Hogg said the rest of the year would remain as a traditional peak.

“I don’t know if the peak this year will look like last year, but we have about 20 freighters and take a lot of volume in our widebody fleet that we expanded quite a bit, so there are a lot more destinations,” he said. “But going into next year the future is unknown.”

Current cargo market is strong, but 2019?

This uncertain outlook for 2019 was supported by Korean Air chief operating officer Walter Cho. “This year the cargo market was very strong and we do have a lot of concerns about next year’s market. We are hoping for a better resolution between the two countries [US and China] and hope they can think in terms of consumers instead of egos,” he said.

The International Air Transport Association (IATA) said in its third-quarter air cargo report that the inventory restocking cycle that helped air freight growth to outperform that of wider global trade in 2016 and 2017 has now run its course. The association said this slowing growth was coming against a backdrop of rising trade protectionism measures and wider momentum in global trade was weakening.

Last year, beginning in October, air freight prices started ramping up as demand exceeded supply. Freightos said carriers have been adding capacity this year but not enough to keep up with the continuing growth of e-commerce shipments.

“Prices have been running higher than last year, but as of yet, they haven’t started taking off. China-US general rates have only increased by $10 since early August, and in the same period, Europe-US rates have barely moved,” the online forwarder noted.

The decision by Japan’s Nippon Cargo Airlines (NCA) to resume flights between Tokyo and Chicago in September — suspended over maintenance issues — has added urgently needed capacity to the space-constrained trans-Pacific routes just ahead of the peak season. The air cargo market has been particularly tight this year since NCA took all 11 of its Boeing 747-8 freighter fleet out of service in June after Japan’s Civil Aviation Bureau found inconsistencies in the carrier’s maintenance records.

With the resumption of its Tokyo-Chicago route, the space NCA is adding to the trans-Pacific trade will be welcomed by shippers forced into the air because of an early increase in demand for ocean freight ahead of the US trade tariffs.

C.H. Robinson noted that tight space was pushing load factors up into the middle- to high-90 percent range, in some cases. “Ocean vessels are overbooked, so shippers are coming to us to convert required shipments to air,” the forwarder said, with China’s e-commerce boom adding extra air volume to the amount of freight that typically moves this time of the year.