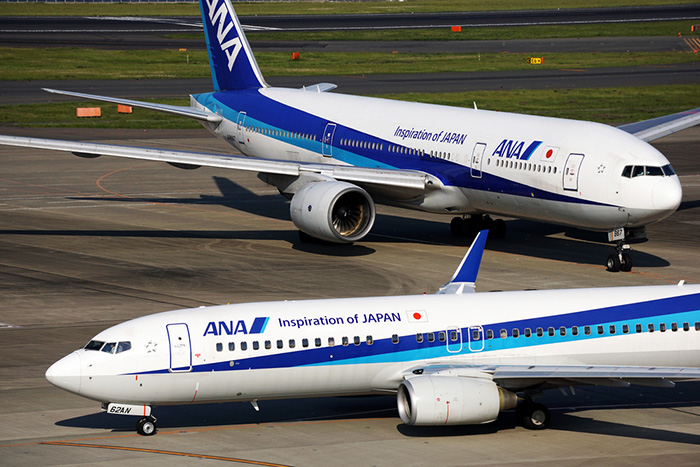 All Nippon Airways Co.’s efforts to capture cargo normally moving through West Coast ports that was delayed because of congestion weren’t enough to offset weak demand from Europe and North America to Japan.

Even so, solid overall revenue growth and cost-cutting drove profit at its parent company, ANA Holdings, up nearly 51 percent year-over-year to $449.8 million on a consolidated basis in the April-September period. The Tokyo-based company’s revenue from overall operations rose 6.6 percent in the April-September period from the same six-month period of 2014, totaling $7.5 billion.

But ANA Holdings’ group revenue from international cargo operations fell 2.4 percent year-over-year in the first half of the current fiscal year to $481 million.

ANA tried to capture demand for shipping auto parts from Asia to North America via Japan and also leveraged its cargo hub in Okinawa to try and win more express cargo contracts while the company’s joint venture with Lufthansa Cargo was expanded in August to cover more routes between Europe and Japan.

But these efforts were not enough to offset weak demand between Europe and North America and Japan following the yen’s depreciation.

ANA Holdings’ group revenue from domestic operations dropped 3.7 percent year-over-year in the first half of the current fiscal year to $124 million.

ANA Holdings is expected to struggle to turn around its slumping cargo operations in the second half of the current fiscal year amid growing economic uncertainty both at home and abroad.

Nittsu Research Institute and Consulting Inc., a subsidiary of Nippon Express Co., predicted in a recent report that Japan’s air cargo trade with foreign countries will in fiscal 2015 shrink for the first time in two years, nose-diving 5.4 percent from a year earlier to 2.2 million tons due to declines in both exports and imports.