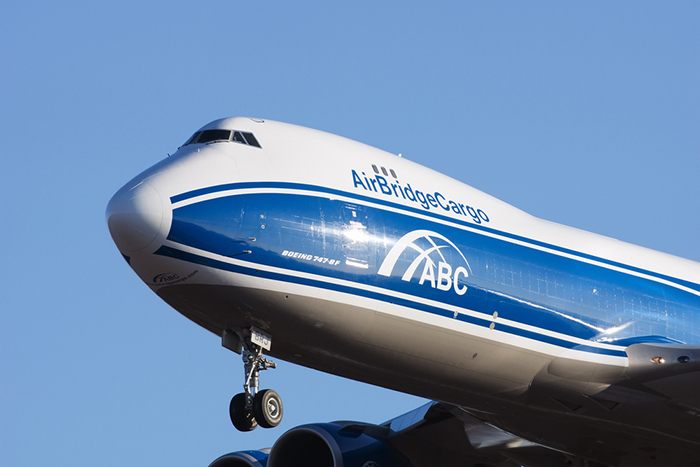 Russia’s AirBridgeCargo Airlines pulled further ahead of its struggling Europe rivals, with traffic soaring 27 percent in November from a year ago despite the deepening economic crisis in its domestic market.

The largest Russia air freight operator transported 50,000 tonnes of cargo across its growing global network, taking traffic for the first 11 months of the year to 439,000 tonnes (484,000 tons), an increase of 20 percent on the same period in 2014.

ABC’s performance ranked by freight tonne kilometres remained one of the highest in the industry, rising by 25 percent in 2015 from a year ago.

“ABC has continued following its growth strategy, which is based on a combination of operating a highly efficient fleet, network expansion to the points of production and consumption, developing niche destinations with limited belly capacity but stable cargo flows,” said Denis Ilin, AirBridgeCargo’s executive president.

ABC expanded its global network during the year, adding flights to and from Singapore and Hanoi, launching services to Helsinki and including Los Angeles and Atlanta in its U.S. coverage.

The carrier said it will continue growing its network through 2016, focusing on increasing frequencies to the U.S. and upgrading connectivity via its Moscow hub to offer all U.S. destinations from all on-line stations out of Asia.