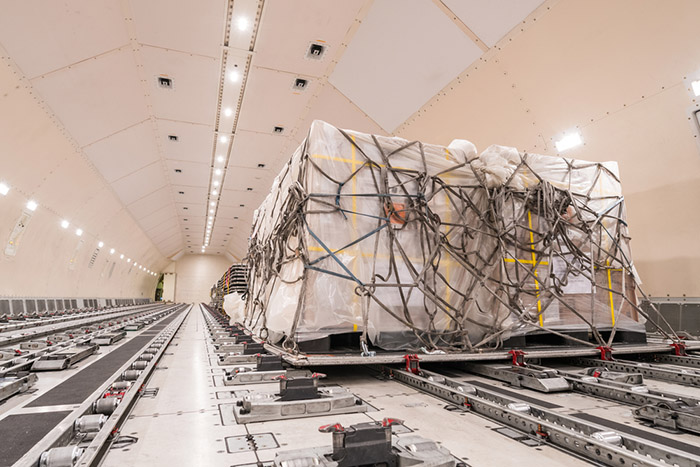 Latin America is the only region that did not record air cargo growth in October.

Global air cargo traffic grew at the fastest rate in 18 months in October, driven by several one-off factors, including the collapse of Hanjin Shipping, the International Air Transport Association said.

Volume, measured in freight tonne kilometers, rose 8.2 percent year-over-year in October, following a 6.6 percent increase in September that was also helped by the demise of the South Korean container shipping line, according to the industry body.

The October increase was also partly due to some last minute reliance on air transport by companies that had exercised caution in ordering as a result of weak market conditions earlier in the year.

The increasing popularity of sales events such as Black Friday and Cyber Monday may also have contributed to the increased demand peak. Three million more shoppers participated in Black Friday this year than last, bringing the total to 154 million shoppers, according to the National Retail Federation.

Capacity trailed the surge in traffic, rising 3.3 percent in October from a year earlier.

“It remains to be seen how long this growth trend will endure after the year-end peak period and we still face headwinds from weak global trade.”

But there are some encouraging signs, de Juniac said. “The peak has been stronger than expected. And purchasing managers are reporting a pick-up in new export orders. So we will enter 2017 propelled by some much-needed positive momentum.”

International volume in the Asia-Pacific market, which accounts for around 40 percent of global traffic, grew 8 percent, for an annualized increase, in seasonally adjusted terms, of 15 percent since March. Intra-regional traffic expanded 7.8 percent.

North American carriers boosted traffic by 3.7 percent, outstripping a capacity increase of just 0.1 percent. International volume was up 7.2 percent — the fastest pace since the disruption at US West Coast ports in February 2015.

European airlines posted the biggest growth — of 13.4 percent — in October, driven by the sustained increase in German exports and the continued weakness of the euro.

Middle East carriers saw demand rise 9.2 percent, marking an improvement over recent months, but seasonally adjusted growth has slowed largely due to weaker volumes to and from Asia and North America.

Latin American airlines experienced a 0.1 percent contraction while capacity shrank 1.8 percent as the region continued to be blighted by weak economic and political conditions, particularly in the leading Brazilian economy.

African demand was up 7.4 percent, but was overshadowed by a 24.7 percent surge in capacity on the back of long-haul expansion, especially by Ethiopian Airlines.