Austin, Texas shippers get the most out of limited air cargo service

Austin, Texas shippers get the most out of limited air cargo service 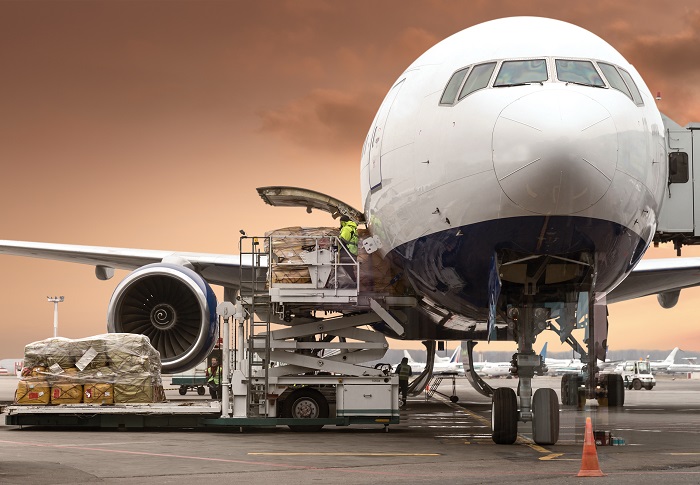 Austin, Texas, may one day be on air cargo operators' “A-List” for cargo pick-up, but until then shippers will continue to adapt, develop creative air transport solutions, and find air service niches to transport products to customers. (Above: Air cargo being loaded.) Photo credit: Shutterstock.com.

Despite Austin’s explosive growth as an advanced technology manufacturing center and the airport’s strong tonnage gains over the last two years, the Texas capital has only attracted two direct carriers with belly capacity to Europe — British Airways and Norwegian Air — and none to Asia.

Austin-Bergstrom International Airport officials, though, are actively courting Asian airlines, specifically Chinese and Korean carriers, but a go-or-no-go decision isn’t expected for another year, if then.

Mike Zimmerman, vice president for global operations, who heads logistics and distribution, told JOC.com even if the Austin airport was able to attract new international belly and freighter lift tomorrow, “it would not change our strategy. FedEx owns its planes, flies our shipping lanes, and provides us with very complex customs clearances overseas and other supply chain solutions.”

Xplore Technologies has two separate air logistics strategies, he explained. It sells a 10-inch, $2,500 mobile tablet computer to law enforcement, firefighting, and military markets throughout Europe, for example, “In some cases we ship from our BTO [build to order] plant in Taiwan direct to the customer.”

“Then we ship, say, 1,000 units on FedEx from Austin to France where they enter Europe, clear customs, and are subdistributed to 250 different consignees,” said Zimmerman. “That could be a major, major paperwork nightmare but with FedEx, I fill out one customs clearance document and they do all the routing, transport, and delivery.”

Xplore does not rely on FedEx freighters exclusively, Zimmerman adds. DHL, UPS, and BTX, a third-party logistics provider with a large Texas footprint, are part of the tech company’s logistics team.

Another Austin-based technology component manufacturer that exports domestically and internationally gets all the capacity it needs at its hometown airport. “We leverage the integrators, specifically DHL and sometimes UPS, because even though there is always a one-stop connection at a US sort center, the ground handling and scheduling is more reliable, more efficient, more trackable than trucking and transferring at another airport and taking a backseat on a PAX flight,” explained a staff logistics specialist who requested anonymity.

Several air freight forwarders in the Texas capital take a different approach. “We get most of our European imported freight on British Airways flights from London here [at Austin-Bergstrom] but most of our Asian-bound freight is trucked to Dallas,” said Shawn Neff, operations supervisor at Forward Air, Inc. in Austin.

“We’ve seen a growth in export and import volumes, then we also have more capacity available to us,” Neff added. “There is no shortage of lift for air shippers.”

Kelly Lambert, Austin branch operations manager for Mainfreight, an international forwarder headquartered in Auckland, New Zealand, said “the Austin economy is very strong and we’re exporting into every major country, but mainly out of Dallas and Houston. It’s a quick line haul for our customers and that’s where we get the better rates.” She declined to discuss specific dollar savings.

Lambert said she would like to see more global air cargo service into Austin-Bergstrom. She also noted the city’s rapid growth has overtaxed its main arterials. “Traffic is a problem. You get a lot of trucks on I-35 from Minnesota to the Mexico border and there’s also congestion coming down from Dallas on I-30 when it sometimes narrows to two lanes.”

Still, another forwarder claims there aren’t that many options in Austin for international shippers. “There are so many startups in town and a lot manufacturing and testing of small products, we would rather put it on the integrators — FedEx, UPS — to save time and money,” said Colby Dickens, branch manager for JSI Logistics in Austin.

“If something Asia-bound is really hot or really, really hot, we’ll fly it direct to San Francisco or Los Angeles unless you’re talking Shanghai or Tokyo,” Dickens said. “Then it’s American Airlines to Chicago for an onward trans-Pacific connection. There’s not a lot of direct [lift] happening out of Austin. It’s growing but it will be a while before it catches up to Dallas.”

The expansion is being driven largely by advanced technology traffic but there is strong growth in e-commerce and perishable shipments, according to Smith. “We’re looking for alternatives to grow capacity.”

It arrived in late March when cost, long-haul passenger carrier Norwegian Air began Austin-to-London Gatwick service with a Boeing 787 that has a belly capacity of 15 to 40 tons. The same is true for Condor Airlines, a budget carrier flying mostly vacationers to Germany in vintage, mostly narrowbody airplanes.

Domestically, both Alaska and Southwest Airlines have ramped up their destinations served and frequencies through Austin-Bergstrom. Both have aggressive air cargo programs but limited belly lift with their narrowbody, mostly 737 fleets. Frontier Airlines, a so-called ultra low-cost air carrier has recently doubled its non-stop flights in and out of Austin. but it’s not considered an alternative option for air shippers.

Smith, however, is optimistic that Austin-Bergstrom will indeed land some direct, non-stop service to Asia. “We are visiting with Asian carriers and we think two airlines are good candidates — Korean Air Lines and China Eastern.” A bellwether could be Seoul-based Samsung Electronics’ future expansion increasing various operations in Austin and the Southwest US.

At Austin-Bergstrom, Smith contends, “We are re-engaging in air cargo. We wrote it off for years when Austin lost two major tech manufacturing operations here — Dell Computers and Applied Materials [a major Dell parts supplier] and the trucks [to Dallas and Houston] started happening. We’re seeing up-gauged flights and equipment. We have interest from developers in the 200 acres we own as part of a master plan to expand our cargo facilities. We’re on the move.”