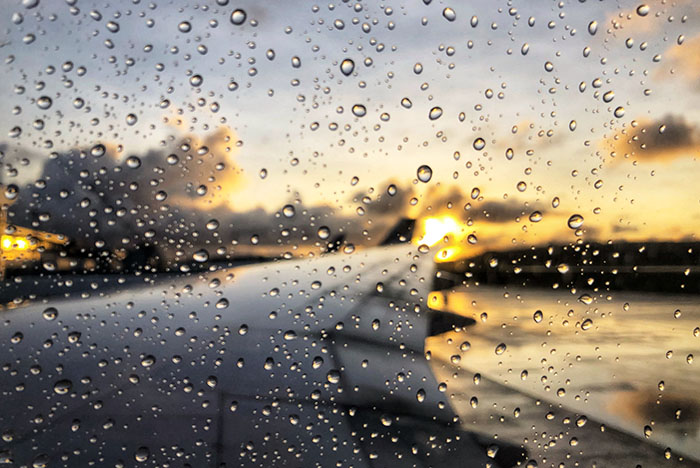 Global air cargo is well on the way toward ending 2019 with negative growth in demand, and its recovery through 2020 remains unclear and likely to be shaped as much by a China trade deal made during the US presidential election campaign as by improving economic growth.

The International Air Transport Association (IATA) figures for January through October show a year-over-year decline of 4 percent in freight transport kilometers (FTK), the way air cargo carriers measure demand. To turn this around will require a huge increase in demand through the traditional peak season, something no one is predicting.

“There will be no peak season this year on any of the major trades,” said Steven Polmans, head of cargo at Brussels Airport and chairman of The International Air Cargo Association (TIACA).

“We are already at the end of November, and there are some good days, and sometimes even a week that is not too bad, but we will not have a peak period like we saw in the previous two or three years.”

Freight Investor Services (FIS) noted in a November market report that there was little on the horizon that could bolster an already weak year, particularly on the trans-Pacific.

“The general consensus that Q4 2019 is a damp squib holds true for at least one major trade route — the impact of the trade war that has restrained trans-Pacific air freight and shipping is poignantly demonstrated by the premature decline of Asia-US prices. Any hope of trans-Pacific price recovery in 2019 has well and truly dissolved,” was FIS’s grim assessment.

Detlef Trefzger, CEO of Kuehne + Nagel, had a similarly gloomy view of the months ahead. He said after the global forwarder’s third-quarter results it would be well into 2020 before any recovery was seen in air cargo.

So how will the air cargo industry chart its way through a turbulent 2020 buffeted by a slowing global economy, deeply disruptive trade disputes, and a Brexit that is threatening the UK-Europe trading relationship?

George Anjaparidze, CEO of Swiss economics and strategy consultancy Veritas Global, believes any of three scenarios could play out through 2020, and he outlined those at a recent annual TIACA summit.

Scenario No. 1 is a strong upturn in trade, where positive momentum building through the fourth quarter would continue in 2020, combined with easing trade tensions between the United States and China as the US presidential election approaches. This scenario, which Anjaparidze acknowledged as highly optimistic, would also depend on no new trade tensions and an orderly Brexit. If all those positive factors lined up, there would be double-digit increases in air freight demand.

Scenario No. 2 features a moderate acceleration of trade and a resulting pickup of demand. The World Trade Organization (WTO) global trade forecast for 2020 is 2.7 percent growth following an expected 1.2 percent growth in global trade in 2019. This would be favorable for air cargo with business rushing to resupply inventory pared down during a weak 2018, and that would generate a 5 percent increase in FTKs.

But the scenario through door No. 3 is a grim one that will materialize if there is a downturn in trade and trade tensions continue to escalate, with the US unable to reach a deal with China. This would drag down economic growth and keep the brakes firmly on air cargo demand.

Glyn Hughes, head of cargo at IATA, said the outcome in 2020 might be a combination of all three scenarios.

“Going into next year, there are so many different factors. The US election year will have a significant impact, particularly as it relates to a Phase 1 deal,” he said. The Phase 1 trade deal between the US and China would scrap tariffs set to be imposed by the US on Dec. 15, and there is a view that the Trump administration will reach a deal during campaigning that will go down well with the president’s supporters.

A significant number of air cargo-friendly products would be covered by the proposed Dec. 15 tariffs, including electronics and perishables.

“The US president needs to appease the farmers that have seen a more than 50 percent reduction in the product they sell to China, and that is a strong supportive area of his,” Hughes said.

The uncertainty was not helping international trade that needed a level of calmness to perform, and Polmans said this was the biggest challenge that air cargo was facing in the year ahead.

“There is a whole level of uncertainty that has been created today — Brexit is on, then it’s off, then on again. Trade wars, retaliatory tariffs. This is not helping international trade, and a lot of countries are having a nationalistic reflex to the trade situations they are facing, and this is leading them to look for local and bilateral solutions rather than multilateral solutions. It is not an environment where global trade can flourish.”

Hughes agreed, saying that although the long-term outlook for air cargo is positive and will grow steadily along with the global economy, predicting the near future at the moment was difficult.

“We are in unprecedented times. There is policy uncertainty around the world, yet we have record low levels of employment, we have rising wages, we have the world’s largest economy taking a nationalistic approach, and a country that was traditionally closed is promoting trade through the Belt and Road initiative. Equity markets are also at a record high, so there are very mixed scenarios.”

“Do we get a Phase 1 agreement with China, and what does that lead to?” he asked. “We’re looking for some uptick at this point as we move into 2020 with some improvements as we get into the second half of the year, but we really need to sharpen our focus on what the second half of next year looks like.”

There may be uncertainty on a global level, but in one specific sector that has a huge influence on air cargo, there is no ambiguity. The automotive sector has been struggling all year, and several carmakers have issued profit warnings and slashed targets for 2019 as weakening demand continues in key markets.

The auto sector is a huge vertical, especially in Europe, and is a significant generator of air cargo, with components flown in to factories and the sale of vehicles driving the parts supplying business.

The K+N CEO listed the sector as a key reason for the forwarder’s 6.4 percent decline in air cargo volume during the third quarter, and Trefzger added that the near-term future was not looking very bright, either.

“Our biggest fallout is automotive, as we had high-density, high-weight transport — for example, axles and dashboards — last year in our network and those have virtually gone,” he said. “I would say the decline will not stop this year [nor in] the first two quarters in 2020. I would assume that next year we might have a flat market versus 2019.”