Air freight rates in steep dive off record May highs

Air freight rates in steep dive off record May highs 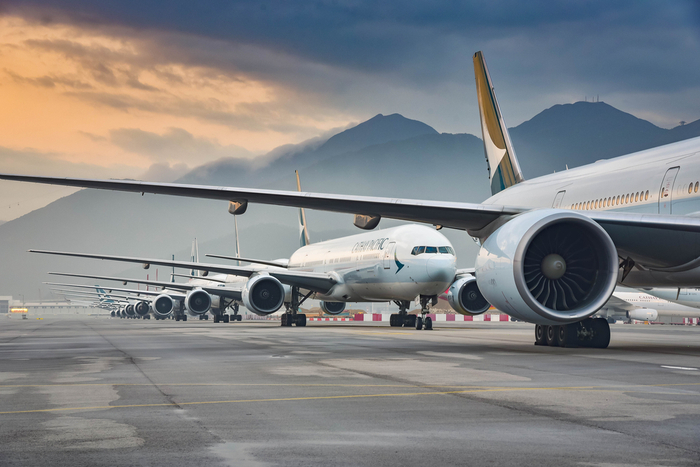 Air cargo rates have plunged off the record highs reached in May with demand for urgent medical supplies softening as the major markets of Europe and North America emerge from coronavirus disease 2019 (COVID-19) lockdowns.

Rates took off in late March at the same time as more than 50 percent of the available capacity on the Asia-Europe and trans-Pacific trades was cut as travel bans brought passenger travel to a halt. Predictions by industry executives that demand for personal protective equipment (PPE), most of which is manufactured in China, would begin to drop off from mid-June appear to be supported by the latest industry data.

Figures from CLIVE Data Services show volume beginning to decline from late May into June, while air cargo analyst WorldACD noted that May volume was down 29 percent year over year.

Online rate marketplace Freightos said in its weekly market update that air cargo rates out of China continued to drop toward more standard levels with PPE consumers able to build inventory and a growing amount of passenger capacity coming back online.

That changing dynamic was noted by Ronald Lam, Cathay Pacific chief customer and commercial officer. “The latter half of May saw demand for medical supplies soften, while traditional industrial and consumer products began to show signs of picking up,” he said in a statement this week.

Shift from air to rail

Another sign of the declining urgency in PPE imports from China to Europe came from Geodis, which won a tender from the German government to ship 275 tons of medical supplies from Chengdu to Frankfurt and Nuremberg. The forwarder dispatched the first shipment by air on May 19, loading 2.5 million disposable gloves packed in 2,500 boxes and weighing 15 tons. But four subsequent shipments to deliver the 250-ton balance of the consignment to Nuremberg are being made by rail.

Antje Lochmann, managing director of Geodis Freight Forwarding Germany, said in a statement the air and rail solution was a response to new market requirements and demands.

Yet even as the demand for PPE eases, there remains little clarity on the strength of the general cargo recovery, and whether there will be sufficient capacity to accommodate a solid rebound with passenger fleets still mostly grounded.

Cathay Pacific, for example, will operate just 3.5 percent of its 152-aircraft capacity in June, and 9.4 percent in July. IAG Group, parent of British Airways, Iberia, and Aer Lingus, expects 55 percent of its passenger capacity to remain parked in the third quarter, while Air France-KLM expects its capacity during the same period to be reduced by 80 percent.

Glyn Hughes, head of cargo for the International Air Transport Association (IATA), said in a recent JOC Uncharted interview that the return of passenger travel at scale may not happen for a long time.

“The optimistic forecast is that it will take three years for passenger numbers to get back to the 2019 levels,” he said. “I've seen more pessimistic views which say five or six years.”