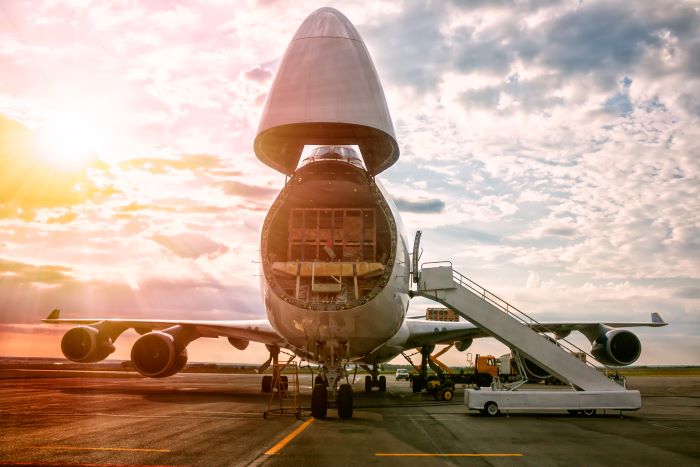 Revenues for air freight forwarders have been more than halved due to COVID-19, according to the Airforwarders Association. Photo credit: Shutterstock.com.

US air freight forwarders, squeezed by the deepening crisis triggered by coronavirus disease 2019 (COVID-19), are fighting to survive, forcing some to cut staff and break equipment leases while trying to tap high-demand cargo needed to combat the pandemic.

At the same time, some observers are watching for potential consolidation, with larger forwarders possibly buying up weakened smaller to mid-size forwarders facing bankruptcy in this economy.

Forwarder revenues have dropped over 50 percent, while 65 percent of members of the Airforwarders Association have either laid off or are planning to cut staff, said Brandon Fried, the group’s executive director. Fried is rallying the group’s 275 members to back a Capitol Hill lobbying effort to allow forwarders to get in on the next round of federal bailout financing that included the nation’s airlines, but virtually ignored the cargo-handling companies that shippers and carriers rely on.

In the meantime, the pressures on forwarders are tightening. To block space on a flight, airlines are asking for payment up front, said Rick Campbell, CEO of ICAT Logistics, Inc. in Baltimore. “I’ve been in this business 38 years, through all the ups and downs, but we’ve never had anything this dramatic,” Campbell said, adding the “cost of doing business has exponentially jumped.”

Payment terms have changed. ICAT would clear its accounts receivables in 30 days, but now that has extended by 25 percent. “Some carriers are asking us for payment up front,” he said. “Just think about the financial pain that represents.”

Profitability in the high-volume, low-margin freight forwarding industry depends on keeping shipments flowing at high levels to achieve efficiencies and economies of scale to cover their heavy fixed costs. When that delicate balance is upended by a revenue plunge, says one executive, forwarder profitability falls quickly into red ink.

Connell said forwarders sharply weakened by the pandemic are at great risk. “We’ve heard stories of some forwarders closing their West Coast offices,” he told JOC.com. “There’s no doubt in my mind that the situation over the last 30 days and in the foreseeable future will greatly impact the health of many forwarders for years to come.”

Vaughn Moore, CEO and president of Chicago-based AIT Worldwide Logistics, said he’s heard of some smaller forwarding firms appealing to landlords for rent abatements and to their bankers for assistance.“Maybe we can help out some of these companies by being able to sweep them up and give them a soft landing. I feel we could be in a good position to help those players out.”

Industry consolidation could benefit the bigger shipper customers by giving the stronger forwarder more leverage in negotiating better pricing, preferred space on larger block buys, later close-outs, and faster recoveries. But buyouts could hurt the smaller volume shipper who could have had leverage, clout, and personalized service with its former forwarder, said three forwarding executives who did not want to be identified.

Adding to the financial pressures, one CEO of a large forwarder said customers are asking if they can delay payments on their air freight costs. “Our long-time clients, very large publicly held companies, are asking us to carry them, which puts a heavy financial burden on us,” said Ross Bacarella, who heads BTX Global Logistics in Shelton, Connecticut. “They’re saying, ‘look, you’ve been a customer of ours for a long time.’ They’re trying to leverage their relationship with us unfairly.”

“We’ve been hit hard by the reduction in overall air cargo capacity,” she said. “It started with international airlines and then moved to the [bellies] of domestic airlines, but we are using carriers where we’ve had long relationships, like Southwest and Delta.” To cope with COVID-19’s impact, Halkerston said she is focusing on a same-day air service to move medical supplies and pharmaceuticals around the United States. “It’s the ultimate in expedited service,” she said.

Moore said his company has lost revenues in the retail, restaurant, and perishables sectors, but is “way up” in pharmaceuticals, life sciences, medical supplies, electronics, and e-commerce. “Diversity of commodities is the big story on how we will weather the storm, but we are buckling down for another 30 to 90 days,” he said.

Correction: An earlier version of this story misquoted Vaughn Moore, president and CEO of AIT Worldwide Logistics in stating that the company was looking for smaller firms to acquire in the coming years. JOC apologizes for the error.