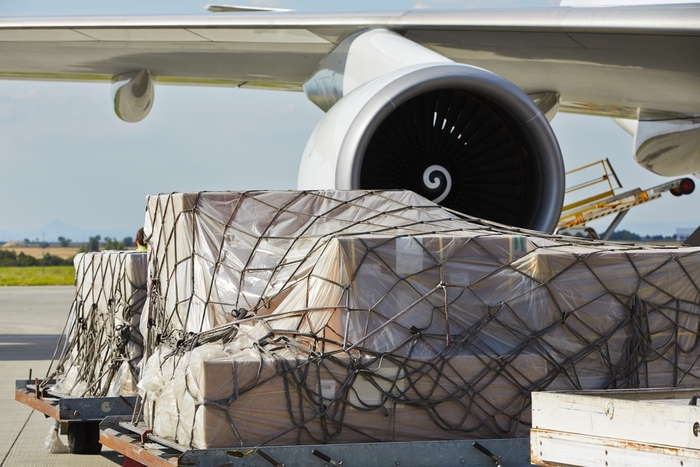 Charter rates on long-haul routes into China have shot up with the suspension of passenger flights removing a huge amount of belly cargo capacity from the market. With no other way to get to China, relief aid to help combat the coronavirus must fly by charter. Photo credit: Shutterstock.com.

The trans-Pacific charter rate for a freighter aircraft, usually about $400,000, reached $800,000 one-way last week. At the same time, chartered air traffic pushed up Europe to China rates by almost 200 percent compared with a week ago, according to Freight Investor Services (FIS).

Huge amounts of belly cargo capacity have been withdrawn from the market due to the suspension of passenger flights to China from around the world, believed to involve more than 70 airlines. That has quickly led to an increase in demand for chartered freighters carrying mostly relief aid and medical supplies.

Frankfurt-Shanghai rates hit $2.78 per kilogram, which FIS said was a jump of 193 percent compared with a week ago. “A dramatic boom in charter traffic has been categorically reflected in the explosion of charters from Europe to China,” FIS noted Monday in its weekly update. “It will certainly be interesting to see how sustained this jump is as inbound charter traffic drops off.”

“Given we can assume a large proportion of this traffic will be relief shipments, the costs will flow through to the shipper with someone down the line shouldering the bill,” FIS added. “All the while, trans-Pacific charter rates were hovering from anywhere between $500,000 to $800,000 one-way last week.”

Reto Hunziker, group cargo director at charter specialist Chapman Freeborn, confirmed that demand for air capacity from Europe into China has increased, and will remain strong for some time.

“We think that this will go on until April, or even until the middle of the year,” Hunziker told JOC.com. “And once China starts working again — factories, infrastructure, etc. — we expect a high demand ex-China into both the European Union and the US.”

Ronald Lam, Cathay Pacific group chief customer and commercial officer, said cargo volume in January was down almost 9 percent year over year in what he described as “the most challenging Chinese New Year period we have experienced.”

While passenger flight capacity has been cut 40 percent, freighter capacity has not been reduced, and Lam said cargo demand on areas of the network outside China remained buoyant, especially on those trade lanes where significant cuts in passenger capacity have been made.

The air cargo industry has yet to put an estimate on how volume will be affected by the virus. In ocean freight, Alphaliner expects global container volume this year to be down almost 1 percent, and China’s first quarter volume to be down 6 million TEU. But the International Air Transport Association (IATA) has warned that airlines will indeed feel an impact this year.

“With all the restrictions being put in place, it will certainly be a drag on economic growth. And, for sure, 2020 will be another challenging year for the air cargo business,” warned Alexandre de Juniac, IATA’s director general and CEO, in a statement earlier this month reviewing airlines’ 2019 performance. He added it was too early to predict the long-term effects of measures to combat the coronavirus outbreak.

Global air freight demand last year fell 3.3 percent compared with 2018, while capacity grew 2.1 percent, IATA data shows. It was the first year of declining freight volumes since 2012, and the weakest performance since the global financial crisis in 2009 when air freight markets contracted 9.7 percent.