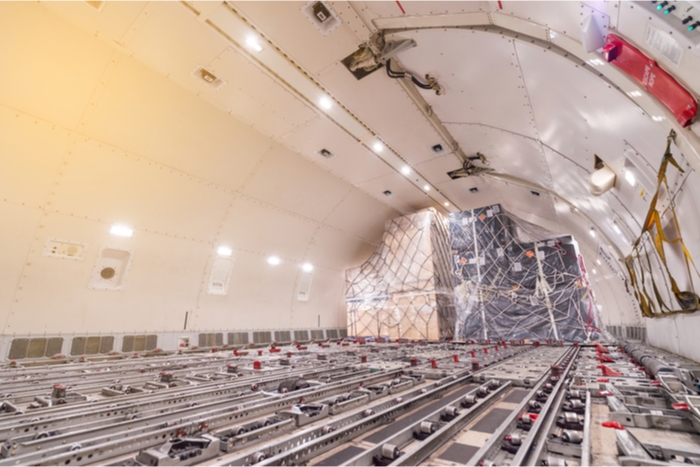 It is getting harder to fill air cargo planes as volume continues its steady decline that started late last year. Phoro credit: Shutterstock.com.

Global air cargo has already had a year to forget, with October marking its 12th consecutive month of declining year-over-year volume as the industry staggers into what is traditionally the start of its peak season.

“Air cargo’s peak season is off to a disappointing start,” was the understatement from Alexandre de Juniac, IATA's director general and CEO, who warned that the disappointment would extend to the full year.

“Demand is set to decline in 2019 overall, the weakest annual outcome since the global financial crisis,” he said. “It has been a very tough year for the air cargo industry.”

Evidence of the poor peak period can be seen in a market update from Freight Investor Services (FIS), which said rates on the China-United States trade have continued to decline in December. The investor said air cargo carriers and forwarders alike were reeling from a substantial decline in freight volume.

FIS said there was little certainty at the moment in what was a crucial preparatory stage for shipper tenders and blocked space agreement negotiations between airlines and forwarders.

Over the past year, air cargo has suffered from the effects of the trade war between the US and China, the deterioration in global trade, and a broad-based slowing in economic growth. The declining volume is hitting air cargo yields, with October’s capacity growth the 18th consecutive month it has outstripped demand, according to IATA.

Steven Polmans, chairman of The International Air Cargo Association (TIACA), said the industry will not see a peak season this year on any of the major trades, and predicted the weak market will extend to the second half of 2020.

“The first six months of 2020 will be difficult before we see an improvement in demand in the second six months,” he said. “There is still the question of what happens after Brexit, what will happen with the trade wars, the Middle East, and the oil price.”

Polmans said his lack of optimism going into 2020 stemmed from the lack of a balanced global environment that would enable international trade to grow again.

“This is the biggest challenge that air cargo is facing,” he said. “The most important factor is that we are an industry that needs a certain growth percentage or air cargo cannot blossom. International trade needs a level of calmness to perform.”