Eric Johnson is the JOC's Senior Editor, Technology, where he leads coverage and analysis of technology’s impact on global logistics and trade. Johnson regularly reports on how shippers, carriers across all modes, and logistics companies use software, as well as new concepts impacting core freight transportation processes like procurement, execution, visibility, and payment. Johnson is a regular presenter and moderator at industry events and webinars. Prior to joining the JOC in May 2018, Johnson spent 13 years with American Shipper in a variety of roles, most recently covering logistics technology and leading the production of a series of benchmark studies on the logistics industry. Johnson has a bachelor’s in journalism from the University of Wisconsin and a master’s in international business from the University of Leeds, UK. He has lived and worked in Southern California, the UK, and India, and now resides in the Washington, D.C., area.

MarkSzakonyi: Asia imports to the US are surging & expected to hold up through August. Eastbound capacity will remain tight & so… https://t.co/Toshpshfx5

willbcassidy: @asymmetricinfo If McArdle stumps them, just give them the Irish (language) version - Megan NicArdghail.

greg_knowler: A small trader in Hong Kong tells me he has received virtually no orders for the last four months, and does not exp… https://t.co/KDCuGuANGp

Chris_A_Brooks: RT @IHSMarkit: We are delighted to have made the @Forbes’ Best Employers for Women list! This is a great recognition of… https://t.co/SSM4MWiG9G

Chris_A_Brooks: RT @PeterTirschwell: “In the second quarter, we went from not a lot of demand and plenty of supply to more demand and tighter supply," S… https://t.co/oB1B2HHZ2V

Chris_A_Brooks: RT @dbrades89: A spike in container #shipping volume has triggered surcharges and gate restrictions from Western US railroads… https://t.co/EzuNRFqdGt

Chris_A_Brooks: RT @MarkSzakonyi: Newest member of JOC team @cmroberson06 with her first story out the gate on how UPS earnings give clear message to… https://t.co/3Y3nvQD3As 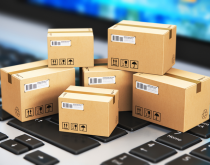 When the Harbor Trucking Association began advocating for the adoption of empty appointments, it was to help av

One marine terminal in Montreal has begun turning away refrigerated exports as a series of strikes will last until at least Friday.

Uber Freight and CH Robinson announced links with accounting and ad hoc project software providers, a sign they need to extend their range of services to reach pools of small shippers.

In expanding the surcharge to all shippers, UP cited “a significant increase in demand for container capacity across the system” that is expected to “increase further in the coming weeks.”

Sources expect Bangladesh’s export figures for August and September to fall sharply, given the ongoing COVID-19 outbreak in the United States and bankruptcy declarations from some major apparel...

A new dredging project will allow vessels that use the Panama Canal’s wider locks, which can accommodate ships of 14,000 TEU capacity, to navigate the Mississippi River up to Baton Rouge.

A tech-enabled cross-border truckload marketplace is giving shippers access to instantly bookable contract rates for up to a year as it seeks to build density with enterprise customers.

Crowley Maritime’s switch to lift-on lift-off vessels a decade ago didn’t pay full dividends until it adopted an aligned terminal operating system to support its grounded operations at its hubs in...

The latest strike notice adds to the shipping industry’s fears that the disruption will have lasting damage on Montreal's attractiveness as a gateway for so-called discretionary cargo.