Trucking companies’ plans for 2016 not without ‘restraint’

Trucking companies’ plans for 2016 not without ‘restraint’ 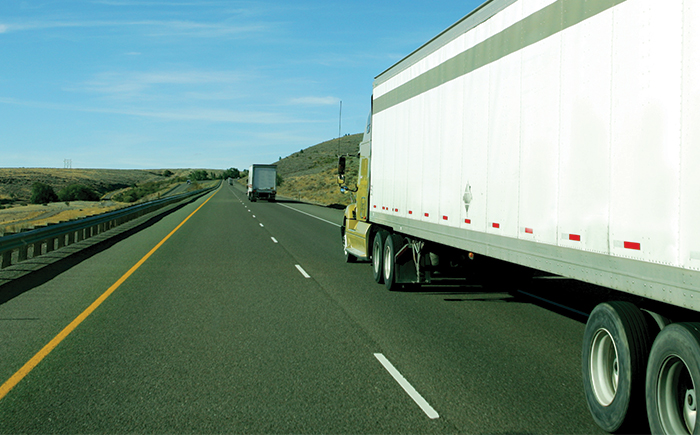 A year ago, shippers were tightening their belts, preparing for a potential truck capacity crunch and another round of rate increases as they struggled to expedite containerized freight around congested West Coast ports. Trucking companies were ordering scads of new, fuel-efficient Class 8 tractors and raising truck driver pay by double-digit percentages as the U.S. economy expanded and freight demand climbed.

Expectations that 2015 would be a bigger, better version of a booming 2014 in the U.S. crumbled, however, when inventories built up during and after the West Coast longshore labor dispute, fuel prices plummeted and consumers kept a tight grip on their money, rather than spending more freely.

The result was a drop in freight demand and overall transportation costs that turned a potential capacity crunch on U.S. highways into a capacity calm and likely blunted the sharp edge of trucking rate increases going into 2016. Shippers with overstocked inventories and plenty of available trucks are looking at a market they wouldn’t have recognized a year ago. What’s not clear is how quickly the balance between demand and capacity might shift again.

“There’s been a sea change in the expectations of shippers,” Mark Montague, industry pricing analyst for DAT Solutions, told JOC.com. Among shippers, “The mood shifted from, ‘We’ve got to lock in capacity’ to, ‘Oh wow, we’re awash in capacity.’ The expectations of shippers are for rate increases under 1 percent (in 2016), but contract carriers are expecting 2 to 3 percent. There’s a disconnect.”

The U.S. economic recovery didn’t screech to a halt in 2015, but it slowed significantly from 2014, dashing hopes that the economy was on a trajectory that would finally lead to sustained GDP growth of 3 percent or more a year. Instead, the pendulum swung back in 2015, sending the seven-year seesaw recovery into another sluggish patch of softer growth. In mid-2014, U.S. GDP increased 4.6 and 4.3 percent in back-to-back quarters.

U.S. shippers reported excess truckload capacity in late 2015 for the first time since the end of the 2008-09 recession, even in the midst of what appeared to be a worsening driver shortage. The new trucks ordered in 2014 and delivered in 2015 collided with slackening freight demand caused in part by the big buildup of inventories at U.S. businesses.

“We have not been seeing the volume growth in truckloads to support the amount of trucks coming into the marketplace,” Kenny Vieth, president and senior analyst at ACT Research, said at the JOC Inland Distribution Conference in Memphis last October. “It’s not that carriers bought too many trucks. They bought the trucks they thought they would need for the business forecast by their customers.”

By midyear, those forecasts had proved too optimistic. As a result, many trucking companies are returning to the caution that helped get them through leaner years of the recovery in 2012 and 2013. After an exuberant 2014 and disappointing 2015, their watchword is “restraint.”

Expect to hear much about improvements in utilization this year as trucking companies focus on improving core operations. Even if the U.S. economy grows at a faster clip, carriers still face rising equipment, labor and regulatory costs.

“Utilization will be a major, major area of focus for us” throughout 2016, Jerry Moyes, founder and CEO of Swift Transportation, the largest U.S. truckload carrier, told Wall Street analysts in an Oct. 27 earnings conference call.

Swift is throttling back fleet expansion until demand catches up with capacity. “Due to the backlog of tractors we are currently processing, we have decided to cancel the purchase and trade of approximately 450 tractors in 2015,” the company told investors. Swift’s total Class 8 tractor count, including owner-operated tractors, increased by more than 2,000, to 20,836 trucks, in the third quarter from a year earlier.

Expect that number to stay static this year. “Given the current freight environment, we are not planning to grow the fleet in 2016 from the current levels,” Ginnie Hinckels, CFO of the $4.3 billion company, said during the earnings call. “However, we do expect to be able grow revenue meaningfully by driving utilization on the existing fleet.”

Except for those few carriers that have profit margins wide enough to drive further expansion and market share gain, most trucking companies are likely to follow a similar course in 2016. Even Knight Transportation, one of the most profitable publicly owned truckload carriers, expects “minimal organic growth” from its current tractor count this year.

“We remain focused on improving our lane density, increasing the productivity of our tractors, improving our yield and investing in long-term growth of our logistics capabilities as a means to continue to grow our business,” Knight CFO Adam Miller said during a third-quarter earnings call.

Evidence that trucking operators were curbing their capacity plans was clear in lower-than-expected Class 8 truck orders in October. “The fall order season has gotten off to a mediocre start this year,” Don Ake, vice president of commercial vehicles for FTR Associates, said in November. FTR counted 25,000 Class 8 tractors in October.

That slowdown came after trucking operators in the Central U.S. added a steady stream of capacity in the first half of 2015, with new Class 8 tractor registrations up 25 percent in central states, according to IHS Automotive. That group — which, like JOC.com, is owned by IHS —expected new U.S. registrations of Class 8 tractors to hit 250,000 units last year for the first time since 2006.

Those orders and sales pushed the JOC Truckload Capacity Index to 90.4 in the third-quarter, a level not seen since the fourth quarter of 2008. The index has risen for seven straight quarters as large truckload companies increased their tractor counts substantially. Some companies grew through acquisition, but organic fleet growth was strong as well.

Still, the JOC index shows capacity levels at large fleets approximately 10 percent below their pre-recession peak in 2006, a year in which U.S. GDP rose 3.3 percent. Economists surveyed by the Federal Reserve Bank of Philadelphia in November forecast 2.6 percent GDP growth for 2016, rising to 2.8 percent by 2018. Economic growth this year isn’t likely to eliminate the 10-year truckload capacity shortfall.

Given an uncertain environment, carriers are fairly sanguine about pricing. In October and November, truckload carrier executives said they expect increases in the 2 to 4 percent range in 2016, less than in 2015 but still an increase. “We don’t know what we’re going to see in (2016) rates, and I don’t think anybody does,” Dave Jackson, president and CEO of Knight Transportation, told analysts in October. “I think everybody is trying to understand where the market is.”

The Cass Truckload Linehaul Index, a measure of truckload pricing per mile, increased only 1.9 percent year-over-year in October, compared with a 7.3 percent increase in October 2014. From September, the index was flat. That’s evidence the surge in truckload rates has truly ebbed. U.S. shippers polled in Wolfe Research’s third-quarter “State of the Freight” survey expected truckload rates to rise 1.7 percent over the next year.

Less-than-truckload carriers have slightly higher expectations for pricing. Capacity in the LTL sector, measured in terminal doors as much as trucks, didn’t loosen as much as truckload capacity last year by most measures. There are fewer LTL companies fighting over a smaller pool of revenue.